It was the year 2014, and my video game career to this point had been one as an unknown role player at larger studios and publishers. Hypnotix, EA, Petroglyph. I had been making my own game on the side for about three or four years at this point, and Sony placed a bet on me. They played an early build of Axiom Verge and saw some potential that others may not have seen, and that has made all the difference.

They showed Axiom Verge in their booth at E3, where it won Best in Show from IGN and GameSpot. They included the demo in their kiosks at major retailers. They lent me their megaphone to tell the world about my little game.

So as I was working on Axiom Verge 2, I felt I owed it both to Sony and all of the earliest fans of Axiom Verge to bring it to PS4 and PS5. I can’t imagine launching any other way. I am excited to confirm here and now that the PS4 version will be available on day one. I am going to try my best to get the PS5 version ready for launch, but that might take a bit longer since I really want to take advantage of that in-game hints system! 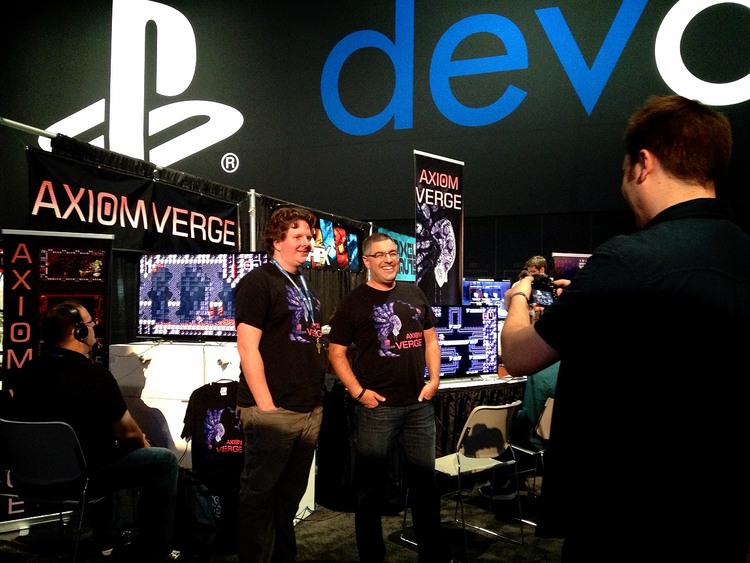 If you haven’t heard of Axiom Verge, I’ll give you a quick rundown. Axiom Verge is a 2D pixel art action-exploration game about a scientist named Trace who wakes up in an alien world called Sudra after a lab accident. I won’t spoil the story for those who haven’t played it (which begs the question: why haven’t you??) but suffice it to say the storyline includes themes of what makes us…us and questions of morality and reality. You can also shoot lots of creatures with tons of different weapons and find hidden areas in a labyrinthian map.

Most people assumed that the sequel would pick up that story where it left off; namely, about the relationship between Trace and the antagonist, Athetos. But fans of Axiom Verge also know to expect the unexpected. I’ve actually been hiding a secret from everyone. The story of Trace, Elsenova, and Athetos is just a small sidestory in a much larger universe spanning thousands of years and about seven or eight games. Axiom Verge 2 is about Indra, a mysterious billionaire/tech genius who winds up in an alternate version of Earth while in Antarctica. Although there are references to the first game, you won’t actually see how they relate until Axiom Verge 3. Because they are separate experiences, you won’t have to have played Axiom Verge 1 to enjoy Axiom Verge 2.

It would be boring both for myself as a developer and for fans of Axiom Verge if Indra interacted with the world in the same way that Trace did. I didn’t want Axiom Verge 2 to be Axiom Verge 1…only bigger. So although the core DNA of the game is intact—exploring a labyrinthian world map in particular—the majority of the gameplay and environments are quite different.

First, since it is set on Earth, the world has a much more Earth-like feel with gentle slopes in place of the blocky alien landscape. You’ll notice from this early tileset how different the look and feel of the game is from the original: 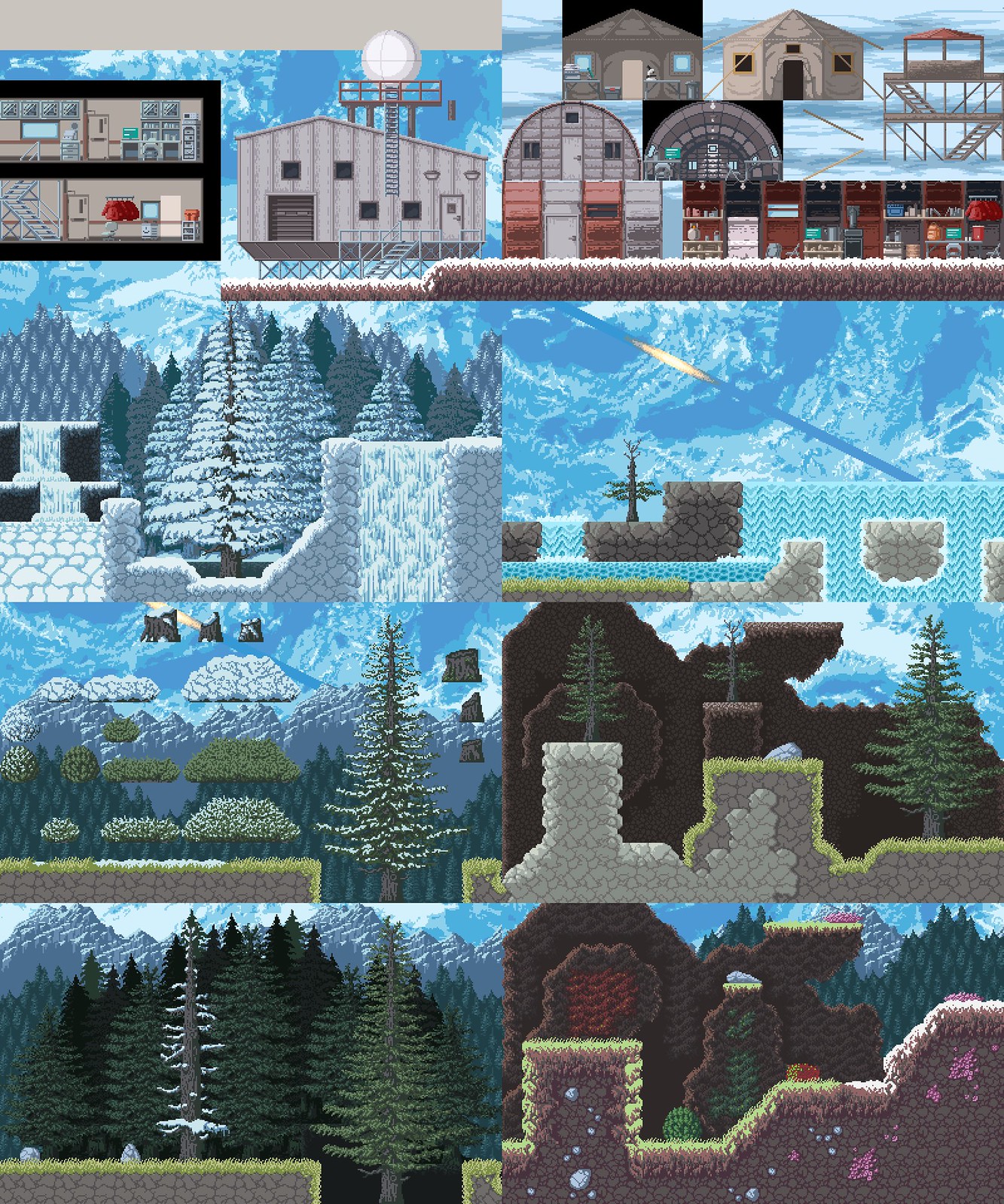 And here it is in action:

Although I try to put on my blinders with respect to other people’s opinions about my games and stay true to my original vision, one common theme came up when I watched people play. There were some people who wished the game were a lot harder, and there were those who wanted it to be easier. Some loved the exploration but just got to a boss they couldn’t get past. That’s happened to me. I can’t tell you how many times I’ve had to stop playing a game because of a choke point.

I addressed the difficulty issue in two ways. First, I’m letting players adjust their own difficulty settings. Rather than choosing among an Easy, Normal, and Hard Mode, players can adjust both how much damage they do and how much enemies damage you. Second, bosses are optional. You will be rewarded for defeating them, but gone are the days where they stood in between you and the rest of the game.

But in addition to the approach to bosses and the landscape, combat itself is very different. For one thing, Indra does not have the sheer range of weapons that Trace had at his disposal. She starts off with a pickaxe and does a lot of her fighting up close and personal. Fortunately for her, it’s a question of brains over brawn, and she can use her technical skills as a tech genius to hack her enemies.

There is so much more ground to cover, but I’m doing my best to avoid spoilers. I’m putting some of the finishing touches on the game as we speak and am looking forward to releasing it later this summer. I can’t wait to see what the legion of PlayStation fans discover.