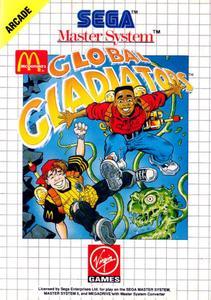 Millions of people across the globe go online every second of the day. Console performance: I have begun playing all 6 game titles I have with me ( Viva Pinata, Forza Motorsport racing 2, WWE RAW Vs Smackdown 2008, Army of Two, Marvel Ultimate Alliance, Halo 3), game play clarity on HD mode is ‘Amazing’, I checked the visual quality on normal TV mode, where the video quality takes a slight hit, still playable in case one does not have a HDTV or HD ready TV. I did not experience any game lag during the game play and graphics delivered by the console are top notch and flawless, playing with wireless controller is fun, you just need to pair the wireless controller once to the console and controller buttons and joysticks are easy to use, you wont end up paining your fingers once you are done gaming, with a great audio and visual clarity the game play becomes immersive, you can also play your own soundtrack in the background while playing a game, this feature is game based.

Over the past few months, experience has shown me that Xbox Live is, for 11 year old boys, the new Going Out. When my son wakes up on weekend mornings, he does not think about going to the park for a kick about. In fact, he does not consider the outside world at all (or even the downstairs world). He thinks instead about checking online to see how many of his friends are already plugged in. He does like to meet up with his friends a lot, but only to play Xbox. He invites a friend round to the house and they immediately ps3 rush upstairs to turn it on. When I suggest (sometimes insist), after a couple of hours, that they do something else, they look dumbfounded and are completely unable to think of an alternative. His friends are just as bad as he is – and sometimes even worse. Granted, in the summer, they might play football for a bit – but then they will return after a while, ‘hot and tired’ and ready to play Xbox. Even if I deny them, they sneak upstairs and do it anyway. The Xbox really is the bane of our lives.