A mysterious alien army is invading the Island — having started with an explosive strike. Under the direction of Doctor Slone, the Imagined Order (IO) has taken it upon themselves to fight back, but their selflessness is in question.

No matter who you trust, the technology of both sides is at your disposal. Thanks to data provided by a certain “Hot Saucers,” we’re here to give you a rundown of what you can find on the Island in Fortnite Chapter 2 Season 7: Invasion!

Inventions of the Aliens and IO

Known to most as “UFOs,” Saucers are in the sky above certain POIs each match. Shoot one down to become the pilot, then use it to attack and abduct. What to shoot it down with? This Season introduces new, high-tech weapons to take advantage of.

Created by the IO, pick up the Pulse Rifle for a versatile weapon that’ll rarely let you down. Word has it Doctor Slone carries a special version reserved for herself, so you’ll need to square off with her directly to call it your own. 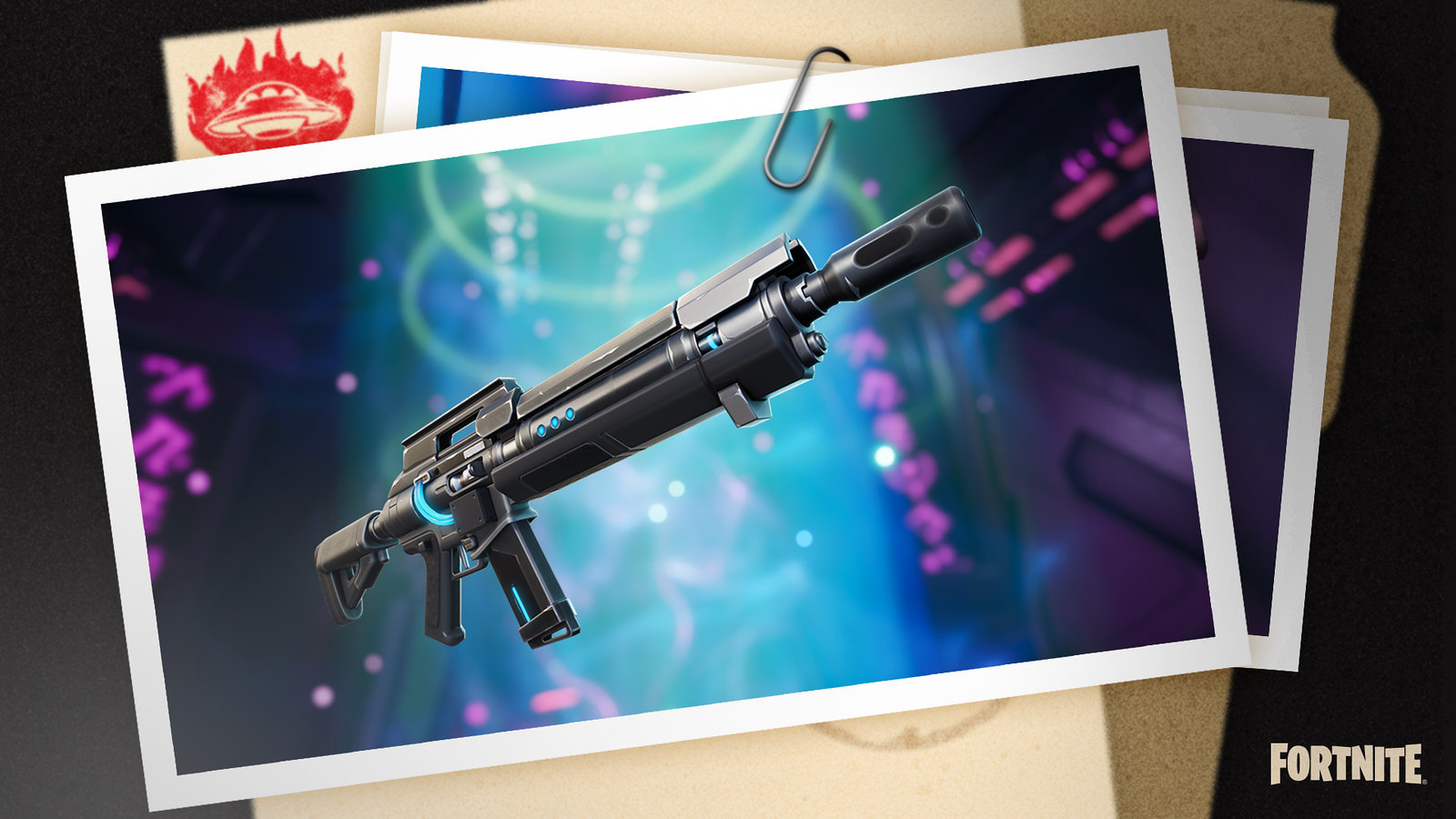 The Pulse Rifle. The IO takes great pride in this item.

The IO has also invented the Rail Gun, which lets you shoot past surfaces. Don’t get too complacent, though: the Rail Gun has a targeting beam that’ll make your presence known. Unsurprising coming from the IO, it happens to do extra damage against Saucers. 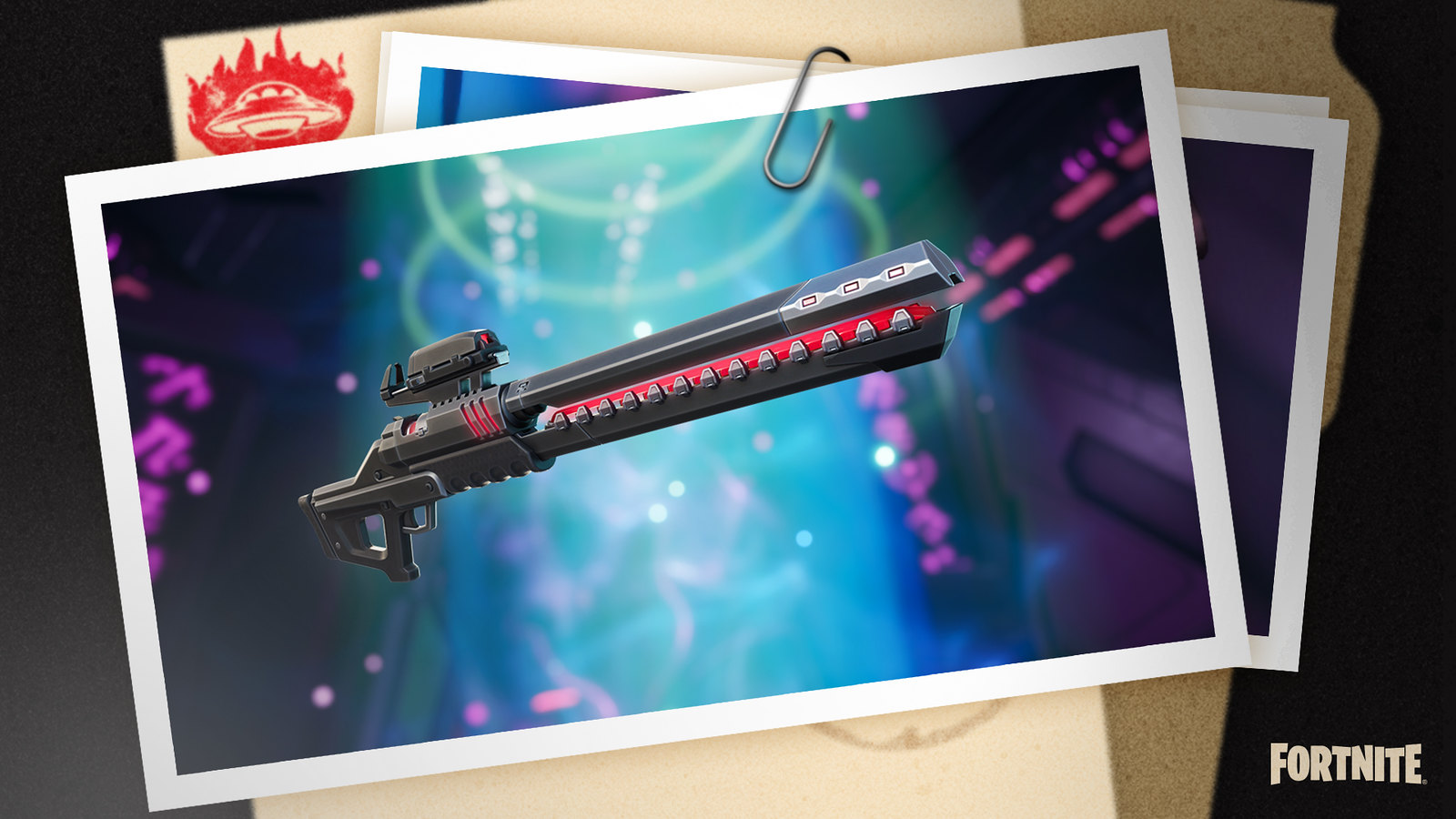 With the Rail Gun’s defiance of physics, some find it surprising it’s not of Alien origin.

Though not a weapon per se, the IO has additionally invented the Pulse Scanner. This device fires Recon Bolts, marking all opponents (and Chests) in their diameter.

The Aliens have appliances of their own, too. With the Kymera Ray Gun, fire a continuous beam and only stop to recharge. It doesn’t do a whole lot of damage against structures or Saucers (so it may not be the best choice if you’re trying to shoot one down!), but it’s powerful against opponents. 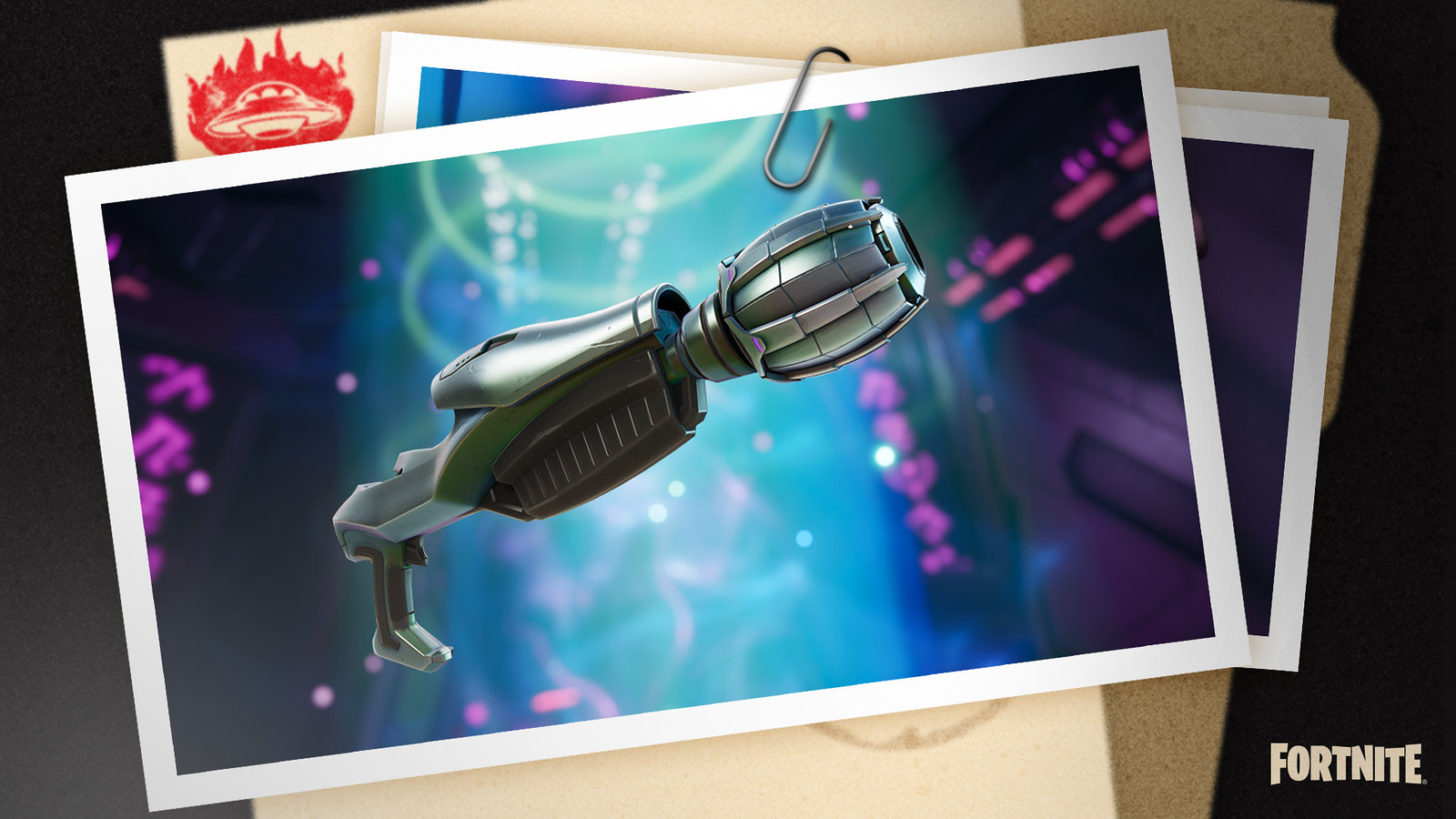 The temperature of the Kymera Ray Gun’s beam is the same as that of molten lava.

IO researchers believe the Aliens are working on even more technology, like a weapon that can move objects and a device that can disguise the possessor.

Fitting for the cosmic occasion, Battle Stars make their return to the Battle Pass! This Season, they function in a new way. Collect Battle Stars as you level up, then use those Stars to claim rewards in the order you want them. By claiming rewards or reaching certain Levels, you’ll unlock additional pages of rewards to claim.

Want to claim the Abduction Contrail on Page 1 straight away? No problem! Want to hold onto your Battle Starts so you claim multiple Page 2 rewards at once? You can do that too!

The Battle Pass features new unlockable Pickaxes, Emotes, Back Blings, and more. Most pages feature a special reward, becoming available to claim once all other rewards on the page are claimed. Examples include the Alien-sympathizing Sunny and synthetic artist Guggimon. Below, we’ll go over the Outfits you can unlock in this Season’s Battle Pass!

●       Kymera: The customizable extraterrestrial. Make him your own throughout the Season! (Unlocked immediately upon obtaining the Battle Pass.)

●       Guggimon: Fashion horror artist. Kind of into the chaos.

●       Joey: Double agent. Unlock their built-in Emote to switch between Human and Alien.

●       Zyg: Ferocious battledroid made by the mind-controlling Alien Choppy. Put on Choppy as a Back Bling!

●       Superman: Few better to help save the day. Arriving later in the Season for players to unlock.

Now that you have all the basic intel, you’re more than ready to hold your own during the fight for the Island. As the conflict between the Aliens and IO continues to escalate, they’ll introduce new technologies to the mix. Take up these weapons and items for your advantage. 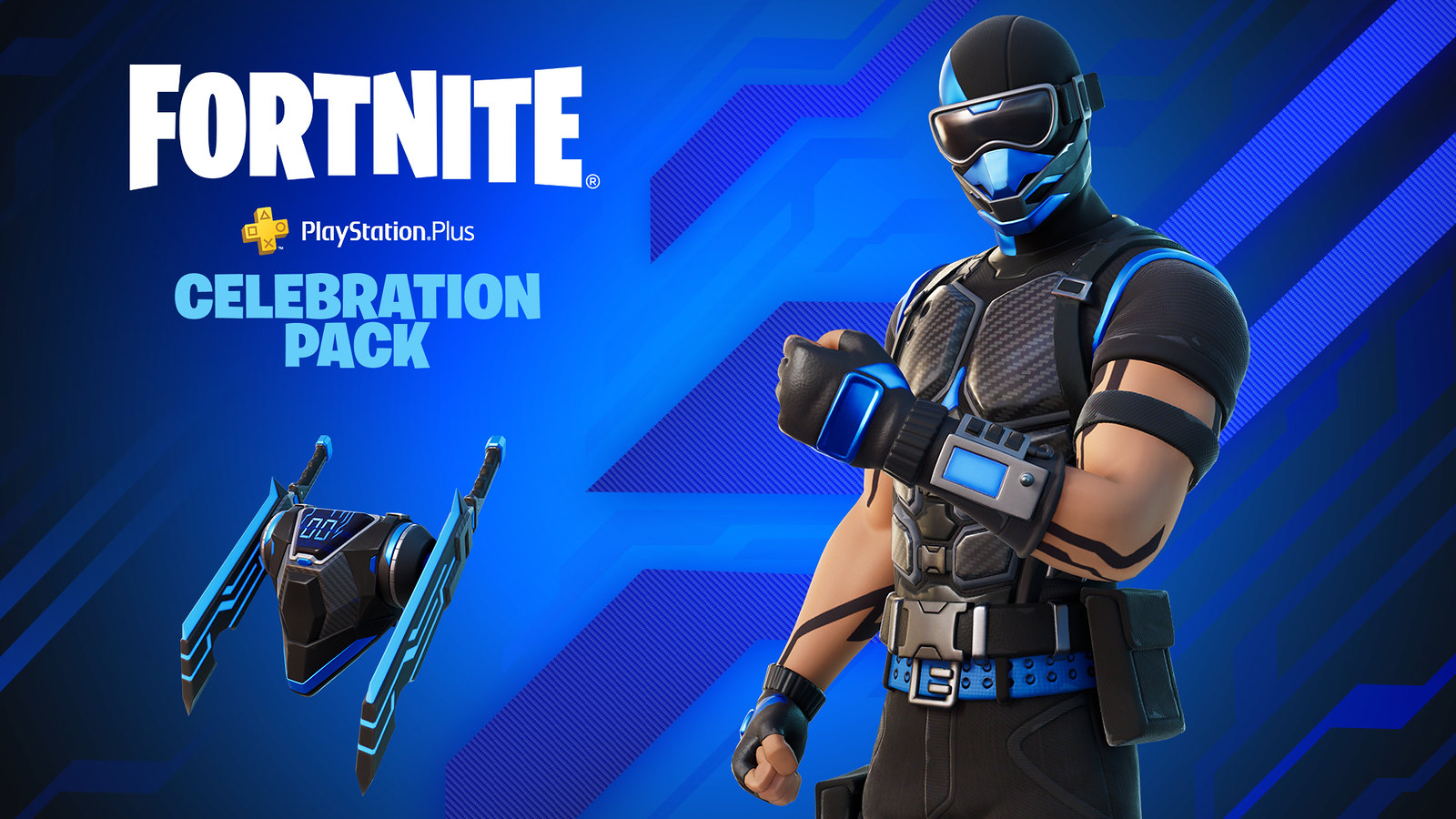 PlayStation Plus members are able to pick up the PlayStation Plus Celebration Pack. Grab an Outfit and Back Bling to represent your Victory Royale in style in Season 7. This Pack includes:

(All items are cosmetic and do not affect gameplay.)

Thanks for reading and see you out there. 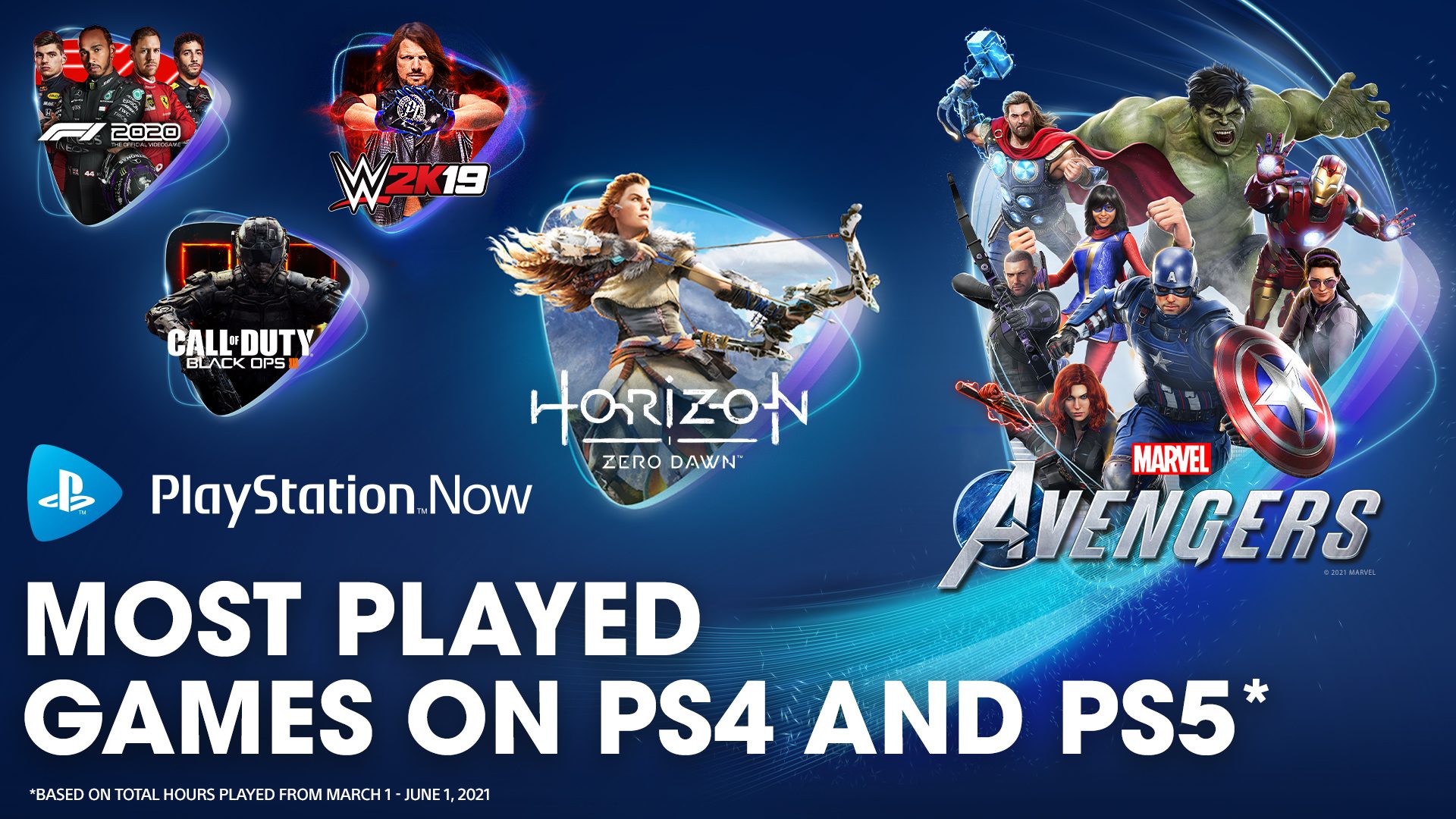