To most, he is the Shadow, a terrifying assassin that is known only through vague whispers and rumors. He lives in the night and commands the darkness, using powerful magic to stalk and ambush his targets. However, the threat of Yagorath is so great that even this ninja has revealed himself and joined the forces of the realm to help take her down. He is Vatu the Shadow, the newest playable Paladins champion!

Vatu is a legendary ninja known throughout the realm for his deadly accuracy and ruthless efficiency. Though Vatu has been associated with the Thousand Hands guild, a criminal organization of skilled thieves and assassins, his true loyalty lies with the Ska’drin, his race that has historically been persecuted and discriminated against. Everything he does goes towards making the world a safer place for his people, and that means stopping Yagorath and the Maw’s impending destruction at all costs!

Vatu is the latest flank champion to join Paladins and wields mysterious shadow magic coupled with his in-hand weapon of choice, the kunai. His primary fire launches three kunai in a cone in front of him, while his alternate fire allows him to toss a series of sticky bombs which adhere to terrain and enemies alike before detonating after a brief delay.

Vatu’s most versatile ability, ambush, allows him to instantly appear behind an enemy to deal damage and Vatu can refire this ability within a short time frame to teleport to a different target. Vatu also has a dash ability that grants damage resistance while he quickly moves in a straight line, allowing him to close the gap or get out of harm’s way. Nightfall, Vatu’s ultimate ability, causes the ninja to charge up for a brief period before rushing forward, dealing damage, and stunning any unfortunate victims caught in his path. The longer Vatu charges, the farther he will travel.

In addition to Vatu, this update also launches our new Beach Bash Event Pass, celebrating sunshine, sand, and spending time with good friends. Players can unlock Beachside Octavia and Ripjaw Buck along with more than 20 other rewards including exclusive sprays, deathstamps, and an alternate version of each skin!

The Shadows update also debuts a much-requested feature from the community – limited time modes. These offer fun and unique ways to play Paladins, such as Hide and Seek, where everyone plays as Strix with unlimited stealth charge and Knockaround, where Ash and Bomb King duke it out with increased knockback on their abilities. New limited time modes will be open for anyone to play every Friday through Sunday, so players should make sure to keep checking back to experience new ways to play Paladins!

We can’t wait for players to experience the shadow magic of Vatu and sunshine of the Beach Bash Event Pass. The Shadows update is available now in Paladins – download today. 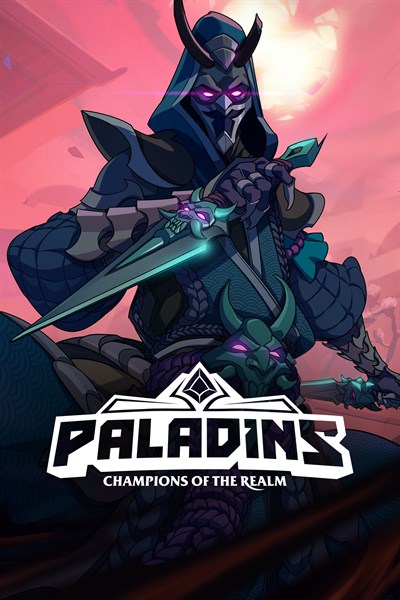 ☆☆☆☆☆
518
★★★★★
Get it now
Xbox One X Enhanced
Enter a fantasy world of ancient technology in Paladins, a team-based shooter with strategy elements and deep character customization. Through a unique collectible card system, players can amplify and augment a character’s core set of abilities to play exactly how they want to play.

Related:
The McLaren 570S is Coming Back to Rocket League
Kemco Publisher Sale on the Xbox Store Features Many Games From Its Huge RPG Catalog
Fight Bloodthirsty Arachnids in New Warface Season