In the world of Fallout, October can be a somber time remembering Bombs Drop Day — the moment in the series’ timeline where nuclear war devasted the planet. However, it also gave players an irradiated Appalachia to explore, build and quest with friends in Fallout 76, so we’re making Bombs Drop Day a day to celebrate with a Spooky Scorched in-game event, sale and more!

Join in the Free Play Week

Haven’t emerged from your Vault yet? Take your first steps into Appalachia for free from October 19 to October 25 during our Free Play Week! Want to keep playing after the Free Play Week is over? Pick up the full game (at a discount; more on that in just a moment) and all your progress will carry over, allowing you to jump right back in and keep playing.

Save During Out Bombs Drop Sale

From now until October 26, you can save up to 75% on Fallout 76 with our Bombs Drop Sale in the Xbox Store — perfect for players itching for more adventure after the Free Play Week, or just to grab an extra copy for a friend so they can join up with you! We’ll also be discounting items in-game through October 25 with a Scrip Surplus and up to 50% off of Purveyor items. Atoms will also be on sale through October 25, allowing you to save big on Atoms to spend on new clothing and armor, C.A.M.P. items, emotes, and more.

Trick or Treat with Spooky Scorched

Finally, the Halloween season makes its way to Appalachia in Fallout 76! Starting October 19 until November 2, players might stumble upon Scorched dressed up in costume and handing out goodies. Okay, they’re less ‘handing out goodies’ and more ‘dropping goodies when defeated,’ but that’s no reason not to partake in a little trick-or-treating out in Appalachia. Learn more about the Spooky Scorched event in our Inside the Vault feature here.

Whether you’re a newcomer or wasteland veteran, ring in Bombs Drop Day with your fellow Vault Dwellers and jump into Fallout 76 today! For more news and information on Fallout 76, head on over to fallout.com or check out our official Twitter account.

$23.99
Get it now
Steel Dawn is the first chapter in the new Brotherhood of Steel questline, free for Fallout 76 players. Paladin Leila Rahmani and her troops have arrived from California to establish a new Appalachian chapter. Work with or against the other Factions to achieve success. Visit settlements populated with new NPCs and unlock powerful weapons and armor from the Brotherhood arsenal. Join in their mission to rebuild society and aid in securing valuable technology – but only you can determine how it will be used. 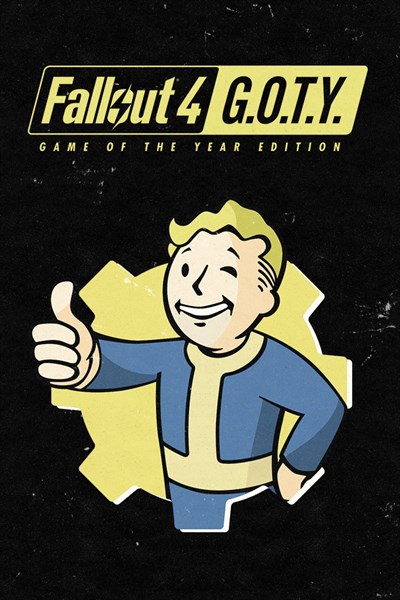 Fallout 4: Game of the Year Edition

$9.99
Get it now
Get the complete post-nuclear adventure from Bethesda Game Studios and winner of more than 200 ‘Best Of’ awards, including the DICE and BAFTA Game of the Year. Fallout 4 G.O.T.Y. includes the critically acclaimed core game and all six official add-ons including Automatron, Wasteland Workshop, Far Harbor, Contraptions Workshop, Vault-Tec Workshop, and Nuka-World.

As the sole survivor of Vault 111, you enter a world destroyed by nuclear war. Every second is a fight for survival, and every choice is yours. Only you can rebuild and determine the fate of the Wasteland. Welcome home. 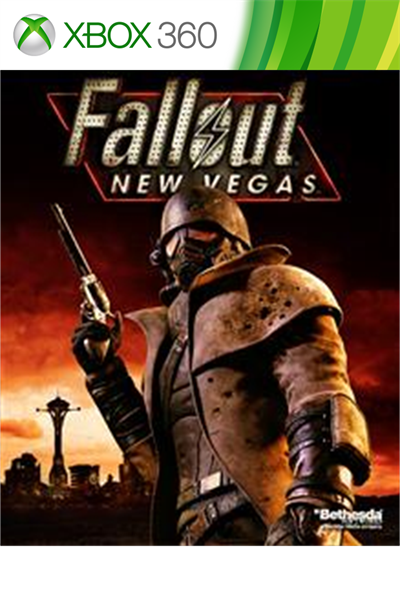 $4.49
Get it now
Xbox Game Pass
Download the manual for this game by locating the game on http://marketplace.xbox.com and selecting “See Game Manual". Experience all the sights and sounds of fabulous New Vegas, brought to you by Vault-Tec, America's First Choice in Post Nuclear Simulation. Explore the treacherous wastes of the Great Southwest from the safety and comfort of your very own vault: Meet new people, confront terrifying creatures, and arm yourself with the latest high-tech weaponry as you make a name for yourself on a thrilling new journey across the Mojave wasteland. A word of warning, however – while Vault-Tec engineers have prepared for every contingency,* in Vegas, fortunes can change in an instant. Enjoy your stay.* Should not be construed as a legally-binding claim. 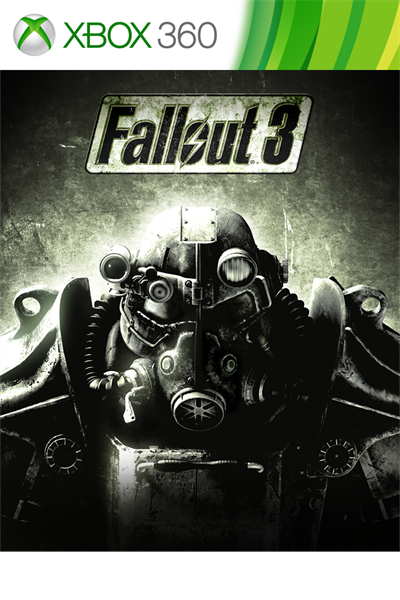 $4.49
Get it now
Xbox One X Enhanced
Xbox Game Pass
This game supports English. Download the manual for this game by locating the game on http://marketplace.xbox.com and selecting “See Game Manual". Vault-Tec engineers have worked around the clock on an interactive reproduction of Wasteland life for you to enjoy from the comfort of your own vault. Fallout 3 includes an expansive world, unique combat, shockingly realistic visuals, tons of player choice, and an incredible cast of dynamic characters. Every minute is a fight for survival against the terrors of the outside world – radiation, Super Mutants, and hostile mutated creatures. From Vault-Tec®, America’s First Choice in Post-Nuclear Simulation™. There are no refunds for this item. For more information, see www.xbox.com/live/accounts.