For any new hallowed ground handlers in our midst, Graveyard Keeper is the most inaccurate medieval cemetery management sim of all time. Your main objectives are to build and manage your own graveyard, but once you have done that why not expand into other ventures? It’s important to use all the resources you can find, though you may have to find some…inventive shortcuts to keep your overhead low. After all, this is a game about the spirit of capitalism, and doing whatever it takes to build a thriving business. It’s also a love story, and did we mention there are zombies, communist donkeys, and alcoholic talking skulls?

Well ready your shovels because our 3rd DLC – Game of Crone – is live now and you can play it whether you’re brand new to this world or a seasoned veteran. With new characters, new secrets to uncover, and a vampire that’s terrorizing the town we have a lot to cover, so let’s jump in!

In this expanded adventure, you can look forward to between 6 and 12 hours of new gameplay, new storylines, achievements, and even new bag mechanics to upgrade the journey and testify that you’re a true professional in the business. One of your first tasks will be helping the escaped prisoners of the Inquisition survive in the wilderness by developing their threadbare encampment into a fully fortified refugee settlement. It’s not just as simple as throwing up a few tents though, you must protect this fledgling settlement by sword and by fire.

If you thought you could relax once the camp is secure, think again. There’s just the teensy matter of untangling the secrets of the Great Blast and the return of the Ancient Curse, on top of discovering the secret behind the mysterious death of your predecessor to handle. Oh, and we mustn’t forget the vampire that’s currently terrorizing The Town, better add garlic and wooden stakes to your grocery list.

Comrade Donkey has always been one of the more interesting town inhabitants, which is saying a lot considering one of the first people you meet is a talking skull who asks you to spot him some booze. But now it seems he has Revolution on his mind and he wants to recruit you to play a part in it. How many carrots does it take to stage a coupe? You’re about to find out!

In addition to all of the above excitement, you can also look forward to new constructs like gravestones and fences, new teleportation scrolls to make navigation easier as the world around you expands and new locations are discovered, as well as various under the hood improvements and bug fixes. There are new achievements to complete, dishes to cook, and even some new music will make an appearance. With so much to do, it’s only a matter of deciding what you’ll sink your shovel into first.

Now without further ado, have fun digging into the grav-…er, game! We hope you enjoy Game of Crone! 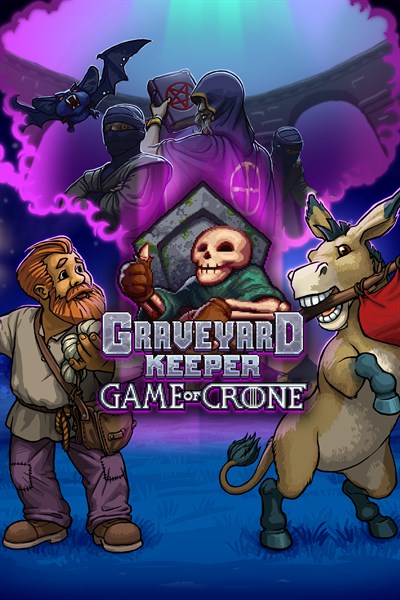 ☆☆☆☆☆
★★★★★
$9.99
Get it now
You’ll have to help the escaped prisoners of the Inquisition survive in the wilderness by providing them with everything they need. To develop their camp to a fortified settlement while keeping in mind its benefits. To protect those who entrusted you with their lives, from the sword and fire. And also – to untangle the circumstances of the cruel game, which turned into the Great Blast and the return of the Ancient Curse. 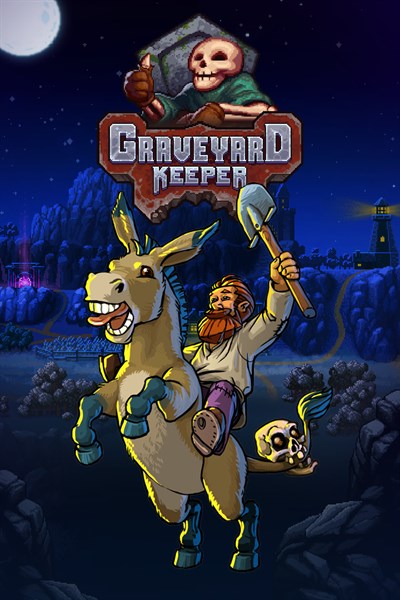 $11.99
Get it now
Graveyard Keeper is the most inaccurate medieval cemetery management sim of the year. Build & manage your own graveyard while finding shortcuts to cut costs, expand into entertainment with witch-burning festivals, and scare nearby villagers into attending church. This is a game of capitalism and doing whatever it takes to build a thriving business.

Face ethical dilemmas. Do you really want to spend money on that proper hotdog meat for the festival when you have so many resources lying around?
Gather valuable resources & craft new items. Expand your Graveyard into a thriving business, go ahead and gather valuable resources scattered in the surrounding areas, and explore what this land has to offer.
Make business alliances. These dead bodies don't need all that blood, do they? Why not sell it to someone who can put it to good use. Same for body parts. Hey, it's being efficient with recycling!
Explore mysterious dungeons. No medieval game would be complete without these. Take a trip into the unknown and find useful new ingredients which may or may not poison a whole bunch of nearby villagers. Capitalism.