Verdansk as you’ve come to know it is gone. A nuclear blast has wiped out a zombie outbreak that recently corrupted the land. In its cleansing wake, Activision has rewound Verdansk back to its 1984 version to explore how the Cold War events affected that city. Warzone Season Three rises from these ashes, and with it comes a host of exciting map updates, including reimagined retro interpretations of iconic locations.

The throwback blast of Warzone is just one piece of the Season 3 picture. New Operator Wraith joins the fight – a stone-cold killer featured in the narrative cinematics around the destruction of Mt. Yamantau. Yamantau is a new snowy Multiplayer map that takes place in and around buildings after a devastating avalanche, Sticks and Stones mode returns for a more laid-back MP experience, and will challenge your tomahawk-throwing precision. Diesel is a new 2v2 Gunfight map that doubles as a tight-quarters 6v6 map. The Strafe Run scorestreak rakes the battlefield with airplane machine gun fire. That’s just a sample.

Every building, surface, and object on the Warzone map has been revisited and retouched to create a fresh Warzone environment. For starters, It’s now springtime in Verdansk. Cherry blossoms line the streets, and vivid green flora makes the map a newly vibrant destination.

Seven existing locations return with new points of interest, including the Airport which was destroyed in modern-day Verdansk. In Verdansk ‘84, the Airport is fully furnished, sun shines through intact windows, and has an entirely different mood than before. The Airport control tower still stands tall in the location, creating a power position for players who want to control the area. However, the new layout of the airport allows players additional cover to counter-snipe anyone camped out in the tower.

The Verdansk Stadium is still under construction in 1984, complete with a crane towering over the location. The dome, previously blasted open, is completely absent in 1984, creating an open-air battleground.

We had a chance to chat about three of the most high-profile Verdansk map changes with Miles Leslie, Creative Specialist at Treyarch, and Amos Hodge, Associate Creative Director at Raven Software. Read on to learn about what these locations were like previously, how they’ve been updated in Verdansk ‘84, and tips for success. 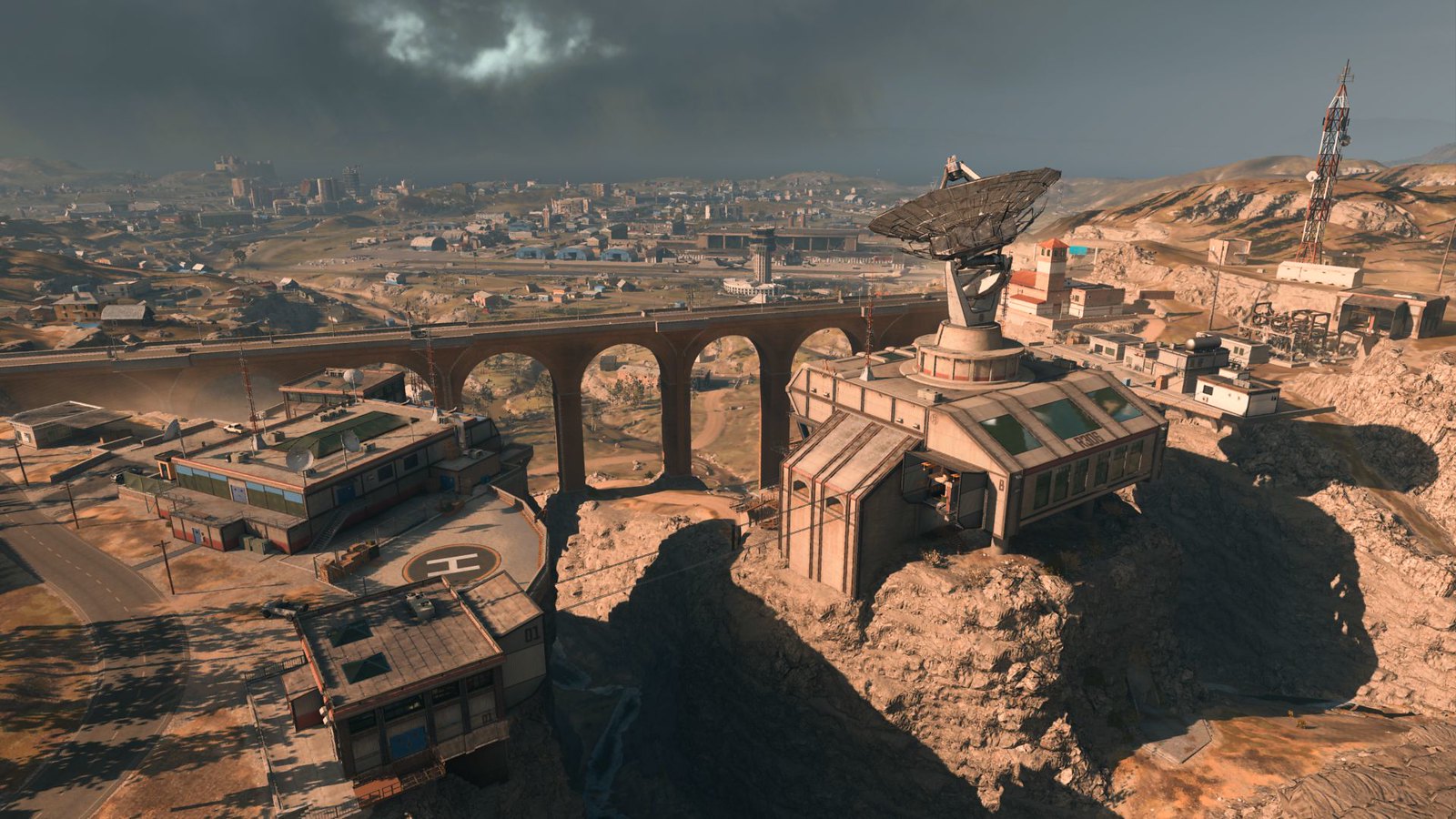 Amos Hodge: “…the biggest change is that before it was the Dam. It was a solid wall. A lot of times you’d try to get up there and you just couldn’t because solid walls are hard to traverse. You could go inside, but it was a little bit maze-y, a little bit dark. So it was really hard to transition up to the top [of the Dam].”

Amos Hodge: “Now there’s a truck path [up Gora Summit]. It’s kind of steep, but you can run up it, you can drive a truck up it. We also have what I think is the coolest part: the cable cars that go from summit down to buildings below to provide a little cover.”

Amos Hodge: “[Gora] Summit is really great for its lines of sight and sniping. If you get to Summit and climb on the roofs, you can snipe. There are the gondolas that go up and down and you can get people who aren’t paying attention, getting on and off the gondolas.” 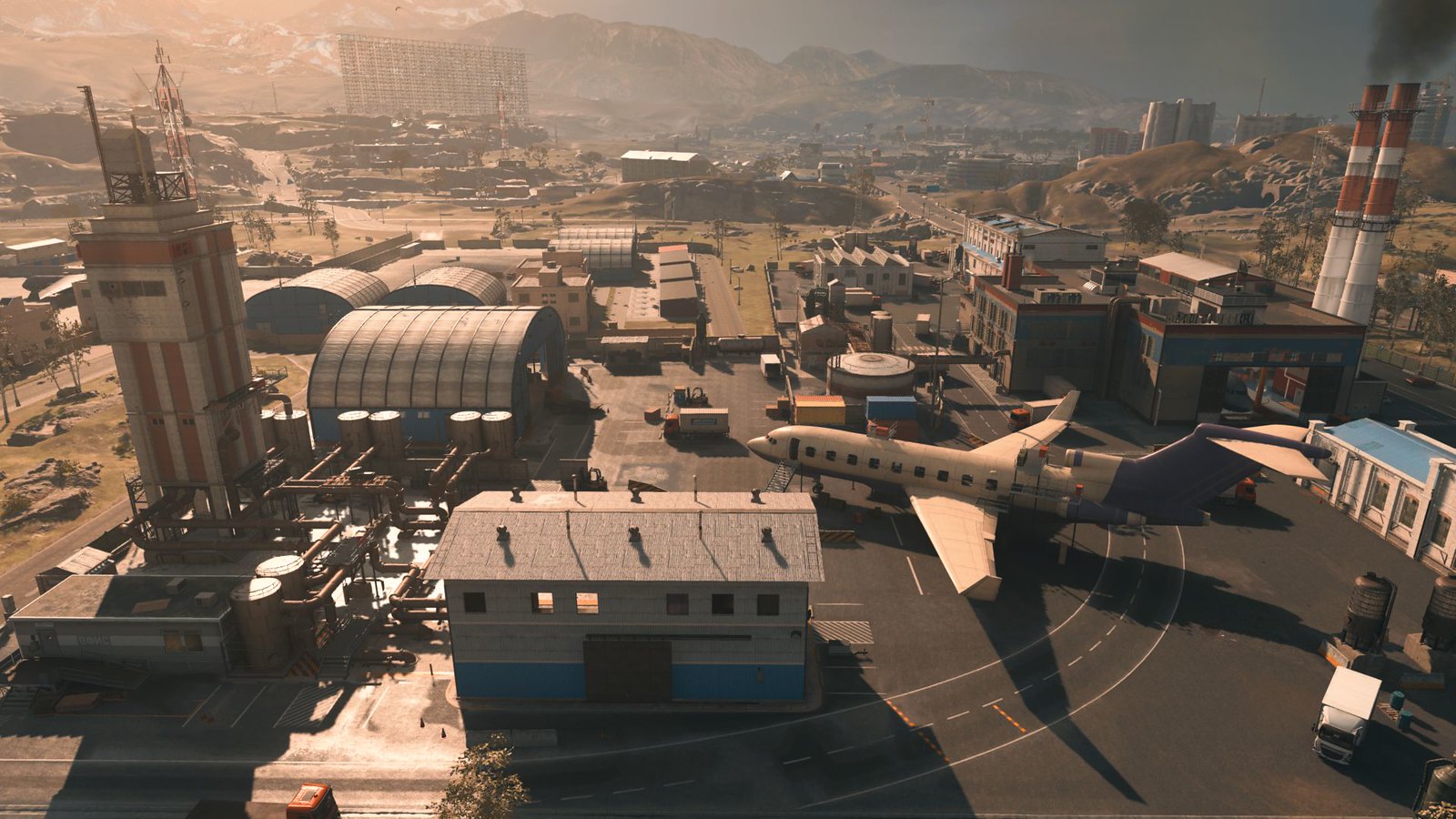 Amos Hodge: “Airplane Factory was one of those in-between locations. There were these big, rusted cylinders that stood straight up. There were some ladders. There were six of these structures. This area was kind of an intermediary location. It was just enough to pass through, but wasn’t really a destination.”

Amos Hodge: “Now it’s a full destination. There are interiors where people are actually assembling the planes.”

Miles Leslie: “I like driving a truck around the outside just to get people really excited and come out from the inside, thinking they’re going to kill me. And then I’m just driving around in a cargo truck. And it’s doomsday for them.” 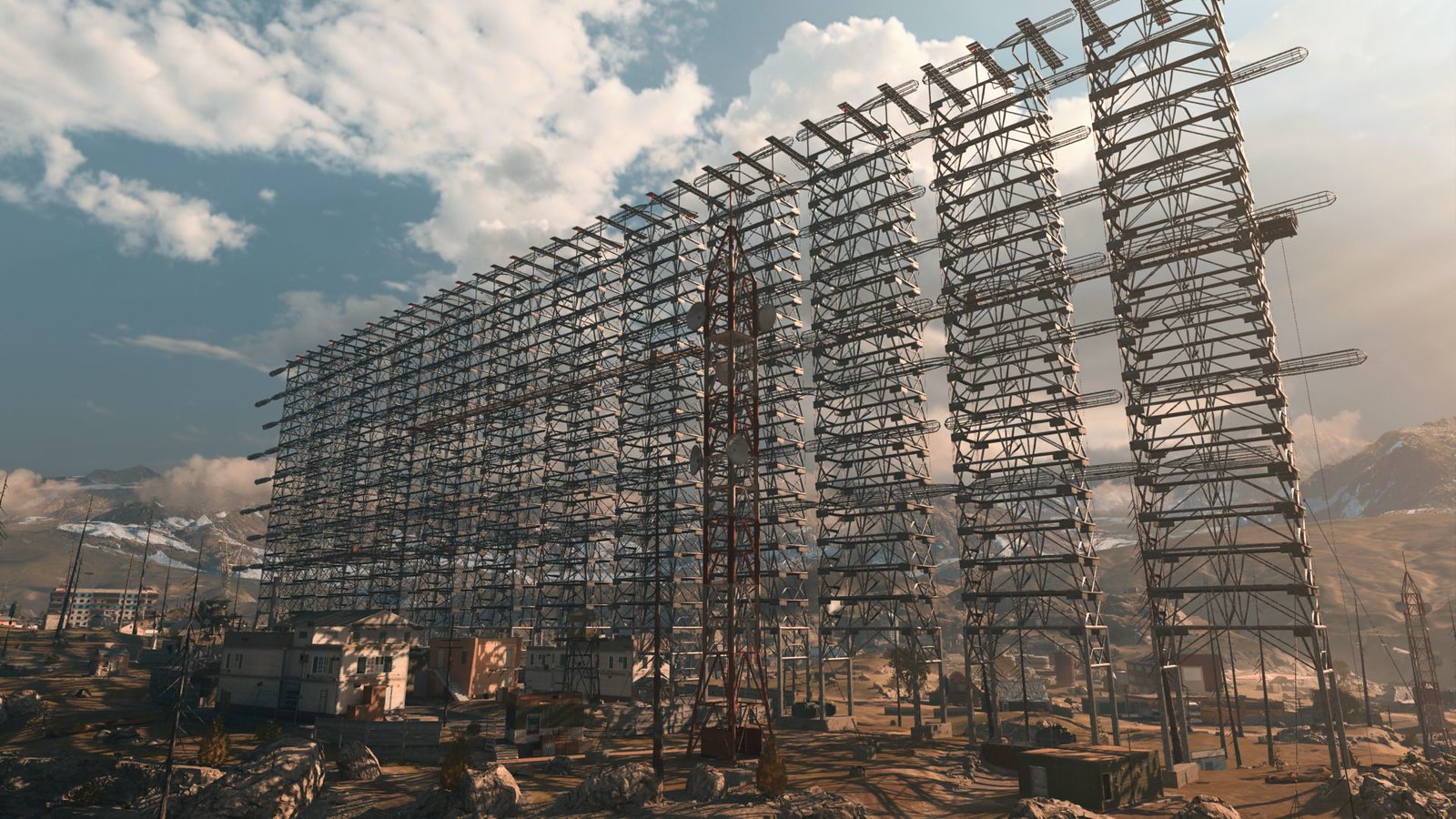 Amos Hodge: “There really wasn’t much there before! This is one of the most interesting new locations because you see it from anywhere in the map.”

Miles Leslie: “For some of the fans that remember back to the original Black Ops, we had a map called Grid, and it was based right next to the Dugo. This also made an appearance in the Black Ops Cold War campaign as well, so there’s some deep connection and a lot of tie ins to the Black Ops world, overall.

It was also a real thing used during the Cold War, so now that we’re going back in time to ‘84, it just made sense. On top of that, it’s just really fun to play. Radar Array is deceiving – you immediately want to land on it, but there’s a sense of mastery that comes with how you use it, how you run on it, and how you play around it. I think that’s what players are going to enjoy.”

Amos Hodge: “On Radar Array I love carrying a launcher secondary [weapon] and taking down helicopters. It’s the perfect vantage point. You can see so many helicopters up there and can lock on with your launcher at a pretty long distance. So it’s a great place to clear out the helicopters. You can also get up there and [destroy] vehicles down on the ground.”

Season 3 of Call of Duty Warzone and Black Ops Cold War is live now, and ready to transport you to Verdansk ‘84. Be sure to jump into Black Ops Cold War and dig into all the updates for Zombies and Multiplayer as well. More is on the way from the teams at Treyarch and Raven Software, but for now jump in and get to work learning the exciting new map so you can fight your way to victory.