Do you dream of summoning a slew of skeletal minions to swarm your enemies while your companions conjure torrents of fire and lightning beside you? Are you someone who enjoys teaming up with others to create as much chaos as possible? In Diablo II: Resurrected, you can vanquish the minions of the Burning Hells with up to eight players in the cooperative gameplay mode, allowing you to effectively build your own mayhem-inducing army. But, with seven classes and 210 skills to choose from, the prospect of creating a perfect party to delve into the depths of Sanctuary with might seem daunting. Not sure what to bring? We’ve got you covered.

Each suggested composition can be used for parties of 2, 3, 4, or more. Keep in mind that possible builds below are just a sampling of the many multiplayer combinations you can choose from – in the end, it’s important to always prioritize your own fun and try out new classes and skills that interest you.

Read on and get started in Diablo II: Resurrected co-op by testing out some of the builds below.

Looking to create high-octane carnage? Try out a few different one-way damage-boosting builds. The basis of each build is simple: pair a class that provides damage amplification with any other classes built to cause some serious slaughter. While the damage booster won’t receive any enhancements of their own, they’ll get to reap the rewards accumulated by their companions as they hack their way through hordes of hellspawn.

There are numerous ways to build a party around damage amplification, so don’t hesitate to experiment with different skills and figure out what works best for your band. Here’s a composition concept to try out:

Combine a Paladin with the Conviction skill or a Necromancer with the Lower Resist skill with any Sorceress, a Javelin-specialized Amazon, or a Trap-specialized Assassin.

Conviction is an Offensive Aura skill for the Paladin. It can be used to lower the fire, cold, and lightning resistance of nearby monsters, allowing the Paladin and their partners to break through most elemental immunities, save for poison immunity. Similarly, the Necromancer’s Lower Resist skill makes it so any elemental attacks deal more damage to cursed monsters, increasing enemies’ susceptibility to all elemental magics, including poison. 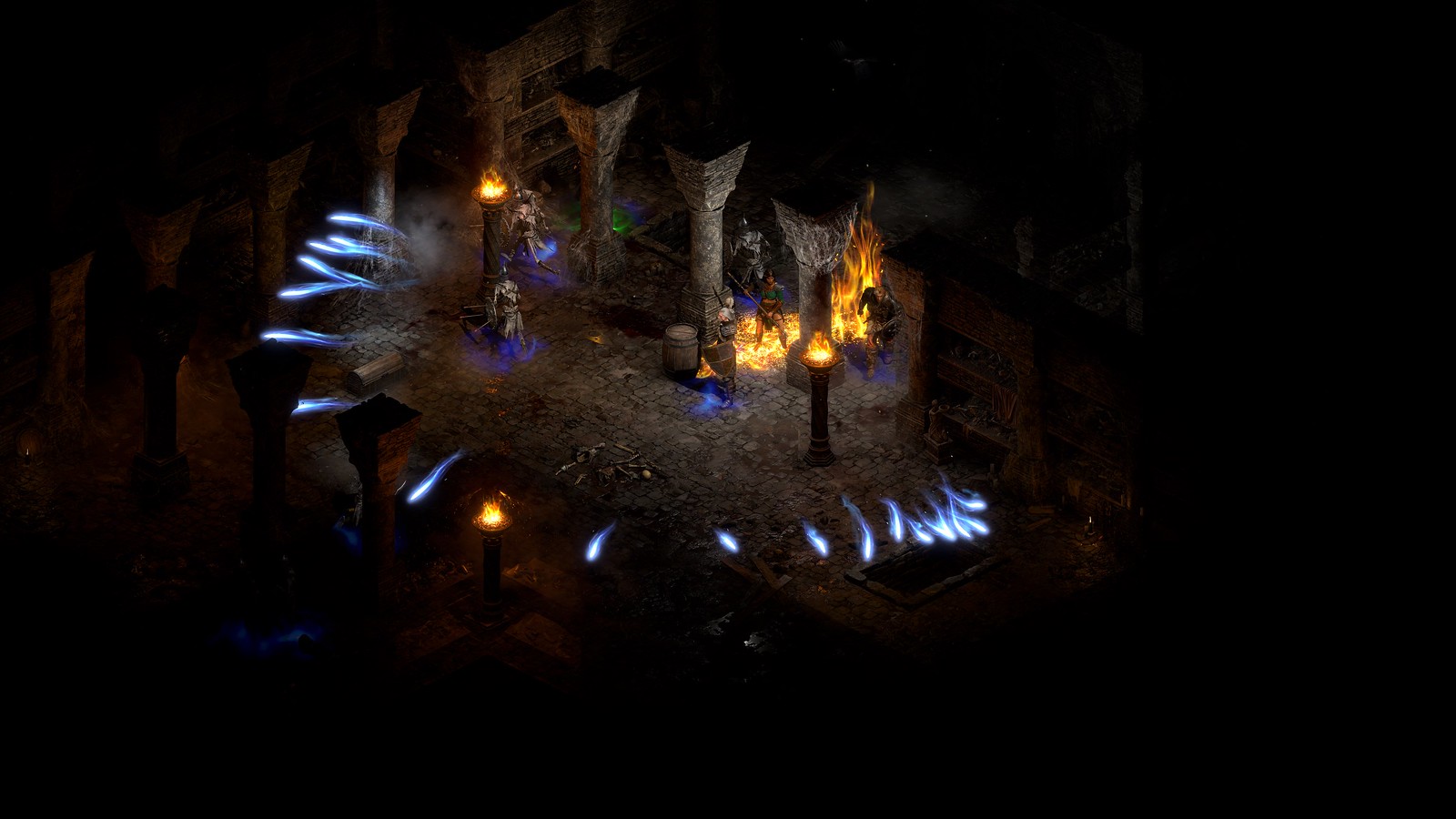 Either of these can be paired with any number of elemental damage-specialized classes. Since the Sorceress specializes exclusively in elemental magic, she’s the most ideal candidate to pair up with your Paladin or Necromancer, but she’s far from the only one. Other classes you can bring along include an Amazon using Javelins and an Assassin using Traps. The Javelin-wielding Amazon is a stalwart damage-dealer who can utilize skills like Lightning Fury, making her a powerful pick for any group. For the Assassin, the Traps tree has potent skills like Lightning Sentry that synergize well with other classes in co-op.

If you’re looking for an extremely versatile way of creating a party, try pulling in a variety of classes where each member is specialized to put out a different type of damage. By combining elemental damage specialists with physical damage specialists, you’ll be able to cover your bases and tackle enemies with different immunities that you come across in your adventures.

Barbarians specialized in the Whirlwind or Frenzy skills, a Paladin with the Fanaticism skill, a Druid using Heart of Wolverine, or a Necromancer with the majority of their skill points poured into Raise Skeleton and Skeleton Mastery are some solid candidates to consider adding to your party for heavy physical damage. 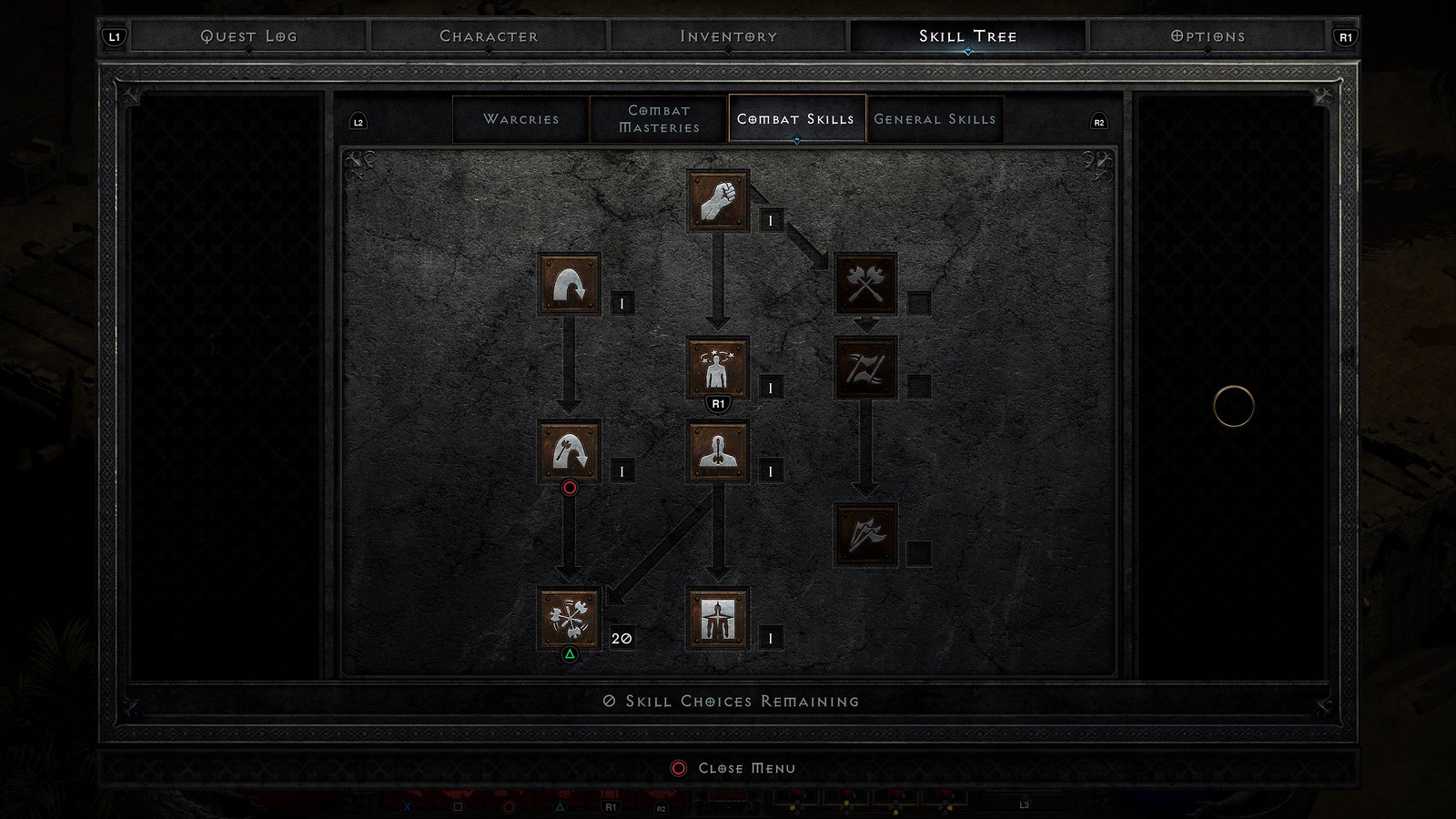 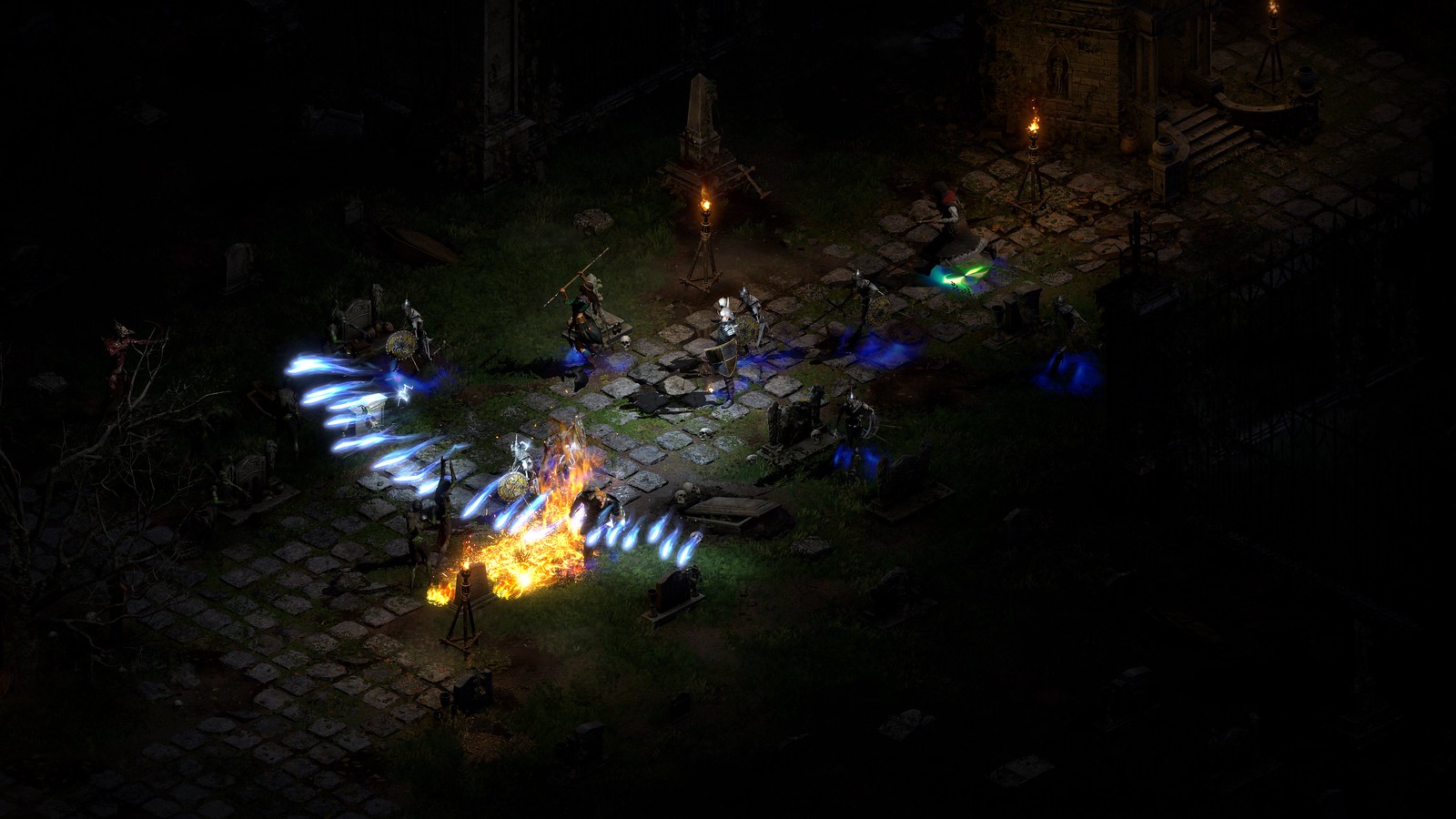 Consider adding characters capable of dealing different types of elemental damage to your party, especially if you’re running with a group of four or more, to easily handle enemy damage resistances. Elemental damage manifests in four different forms: fire, cold, lightning, and poison. Many classes in Diablo II: Resurrected can deal elemental damage depending on the skills chosen; experiment with different builds and try out each talent to see what works best for you and your party as you progress.

Don’t hesitate to experiment with different skill builds or research other popular party compositions as you continue your co-op endeavors! Each class brings something unique to your Diablo II: Resurrected experience, and figuring out how unusual compositions mesh with each other is one of the many joys of multiplayer.

You’ll be able to group up with friends when Diablo II: Resurrected releases on September 23. Experience an epic story that unfolds across five distinct acts and fight your way through hordes of hellish beasts and undead abominations as you uncover the fate of the Prime Evils.

Pre-order Diablo II: Resurrected now to receive the Diablo II-themed “Heritage of Arreat” Barbarian transmog for Diablo III and prepare to face the fiends of Sanctuary when the gates of Hell open once more.