With the upcoming release of Season 1 for Knockout City on May 25, now is the perfect time for a deep-dive into a new map coming your way: Jukebox Junction. I’m Jeremy Russo, the game director for Knockout City, here to talk to you about the design of Jukebox Junction and some strategies for using the map to your advantage in dominating your opponents.

The theme for Season 1 is “Welcome to Knockout City,” and what better way to greet new arrivals than a dodgeball to the face as they step off the train? Jukebox Junction is an active, jukebox-themed train station that perfectly showcases our level design philosophy at Velan Studios. Each map is designed to be unique and memorable, by combining a distinctive theme with a fresh gameplay mechanic that opens up new gameplay strategies. Perfectly crafted audio and visuals immediately immerse you in the train station environment, mixed with jukebox-themed details like massive glowing archways and an arrival/departure schedule made to look like song cards. But the feature to really watch out for (literally) are the trains that come charging through the station!

Periodically, massive hover-trains  come speeding through the center of Jukebox Junction, temporarily changing the offensive and defensive options available to you in those sections of the map. Getting hit by a train is an instant KO, but because they hover you can ball up and roll under them to make a quick escape or sneak up on opponents. Watch out, though, because there are also bounce pads around that enable players to jump up and glide over the train, or they can even perform a Lob Shot with a ball from the other side if they have a lock on you. One of the most satisfying moves in the game, however, is to tackle an opponent into the train, earning your team an easy (and hilarious) point. And if you find yourself back up against a train about to be tackled yourself? Jump at the last second to trick your opponent into diving headfirst into the train themselves.

Each unique map mechanic is meant to provide these types of strategic options. To avoid the possibility of random outcomes, these trains telegraph way ahead of time before they come barreling through with distinctive audio, visual, and rumble cues. Each train line (Red, Yellow, Blue) is also on a set schedule that means they’ll always pass through the station at consistent, reliable times.

The layout of Jukebox Junction also demonstrates our approach to designing unique combat spaces with distinct landmarking. Each main location in the map contains a ball, and all spots feature unique geometry to fight around. Due to the high/wide trajectories that thrown balls can travel along due to our variety of Trick Shots and Ultimate Throws, each combat area features broad shapes in layouts we never repeat, to open up unique 1-on-1 and team-based strategies. 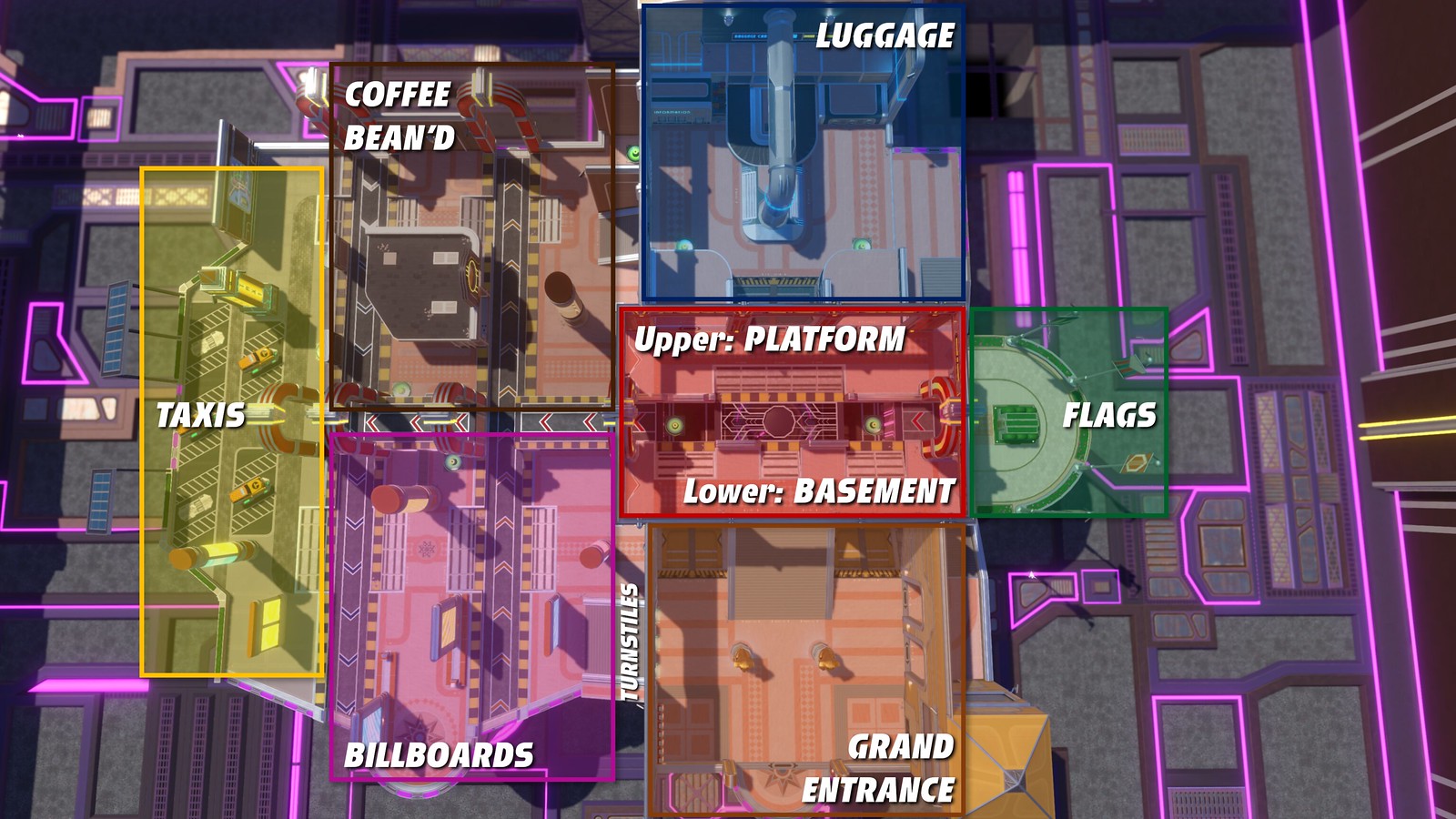 It’s also critical that each of these landmarks feature their own distinct “callout,” meaning it is uniquely and obviously themed, allowing players to communicate and call out strategies to their team. For example, in Jukebox Junction, you might call out that an opponent is on the roof of the Coffee Bean’d shop, or that you are going to break off and flank the opposing team through the Basement.

Jukebox Junction arrives on the scene with the start of Season 1, permanently integrated into every playlist in the game. This is only the start, however, as several major new features and tons of other content also come along for the ride. Season 1 of League Play also begins on May 25, a competitive ranking system where brawlers will rise (and fall) through the ranks as they win and lose against opposing crews of the same rank.

The higher in rank you rise, the better the rewards will be at the end of the Season. Weekly Crew Contracts also begin, and continue throughout all 9 weeks of the Season, offering Crews a sort of “social battle pass” for free with exclusive Crew-based rewards and major XP boosts for working together to complete tough challenges. Season 1 Contracts also become available to all players to complete on their own, along with new cosmetic items every day in the Brawl Shop and a new playlist almost every single week, giving you and your friends a massive variety of experiences throughout the Season. 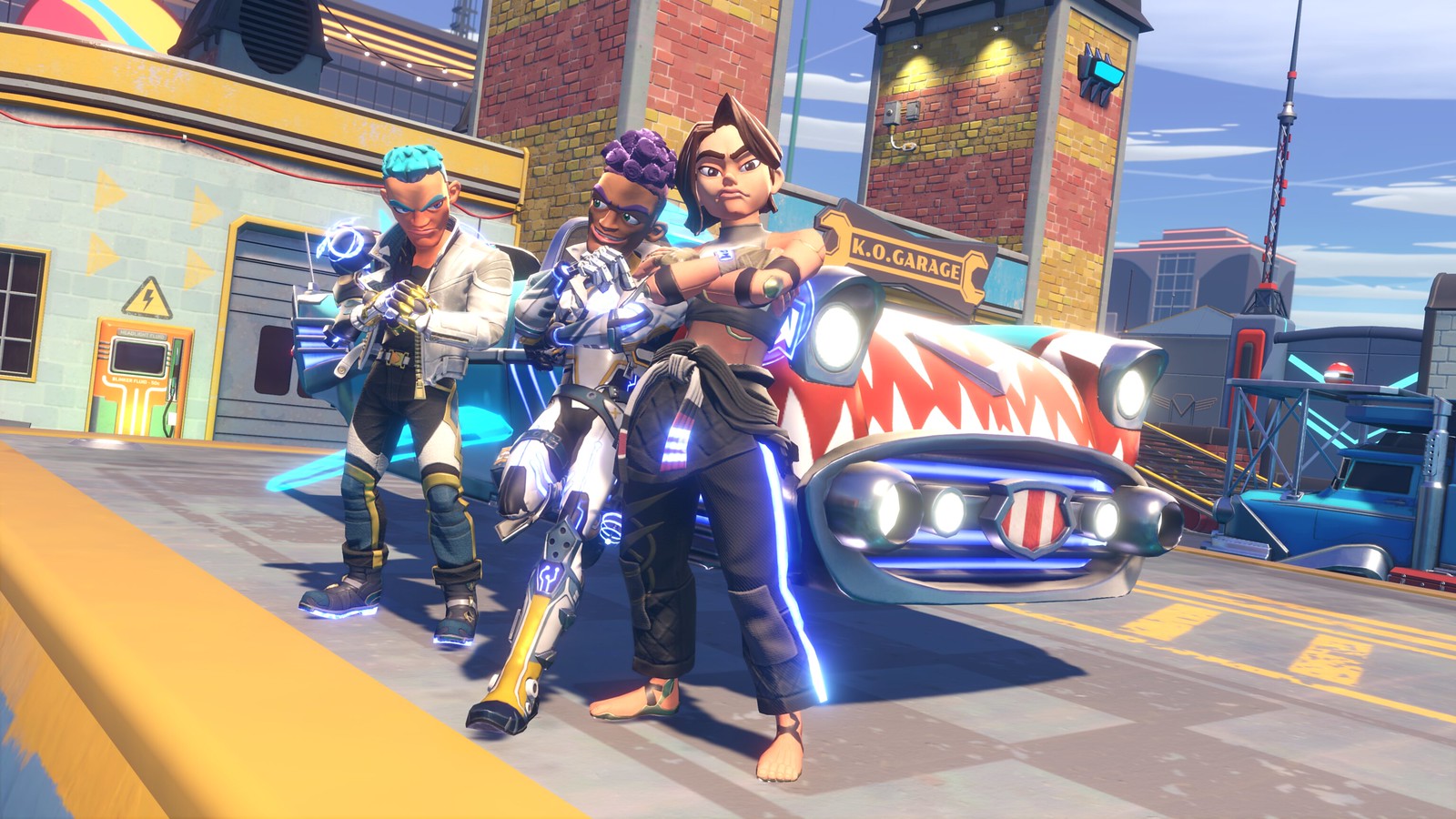 Whether you bought your ticket or hopped the holo-turnstile, Season 1 is the perfect opportunity to see how much each season of Knockout City adds to the game. Knockout City arrives May 21 on PlayStation 4, and PlayStation 5 through backwards compatibility, so Crew Up, hop aboard, and get to dodgebrawling!