Hey everyone. I’m Ross, one of the designers here at Lucid Games. It’s been awesome seeing everyone diving into Destruction AllStars and smashing each other to pieces with our 17 AllStars. I’ve been having a great time jumping into the game myself and wrecking along with the community. Our first season is well underway and you’ve been capturing every second of the action with Photo Mode! I’ve had a blast seeing what you’ve been posting on social media, so much so that I had to pick out a few of my favourites to share below.

Today we’re celebrating the launch of Blitz, our brand new game mode in Destruction AllStars, and I wanted to give you all a closer look at the game mode and dive into some of our design goals and aspirations for the mode. I’ll also throw in a few cheeky tips to help give you a headstart in our new premiere game mode! (If you’re new to our arena of destruction, you can get a primer right here.)

Our new game mode, Blitz, is a highly competitive, multi-team version of Mayhem which uses rounds and a slightly modified scoring system to reward teamwork and precision. It encourages players to capitalise on well thought out, coordinated attacks rather than simply driving, smashing and evading. It’ll bring new skill based rewards for you to earn and show off to the community, just so they know who came out on top. We’ve been playing a lot of Blitz at Lucid for a while now and having loads of fun with it, so I really think you’re gonna have a blast.

From the ground up

When starting out with this kind of mode, we knew that we wanted to create something which uses the core game mechanics and what people enjoy about Mayhem, but create a highly competitive, intense and fast-paced game mode that rewards team focused play. To achieve this, we knew we had to inject various forms of teamplay into Blitz, whether it be understanding which team member should choose a specific AllStar, driving as a pack to hunt the same opponents or avenging the wreck of a teammate by wrecking an enemy player. Overall, we wanted to tone down some of the noise and allow for calculated, precision gameplay whilst enabling you to stay tuned in to how a game was progressing between multiple teams.

To accomplish this, we made the decision to have a maximum of 12 players in a game of Blitz. Splitting those 12 into four teams of three AllStars helped give more weight to your choice of AllStar throughout a match. Each match is split into rounds where teams battle it out to be the first team to score 100 points, or have the highest points when the timer runs out. Scoring points should feel very familiar with hits, barges, wrecks and KOs being a reliable way to climb the scoreboard. The first team to win two rounds will win the match, so there’s no need to worry if you feel like you’ve fallen too far behind, one good round puts you right back up there.

Along with its round-based system, what really sets Blitz apart is character lockouts and ability energy carry over. With character lockouts, you need to pick a new AllStar at the start of every round. Once you’ve used an AllStar, you can’t pick them again for the rest of the match. This means you’ll be using anywhere from two to five different AllStars in a game of Blitz, depending on how many rounds are played. We feel this makes you think more about your team composition. Do you use your main in the first round or save it for a comeback in round four? Another factor to consider is that your ability charge for your Breaker and Hero Vehicle also carry over between rounds. If you earn your Hero Vehicle in round one, will you deploy it asap to secure the win or save it to start round two with a decisive advantage?

Once we had the early versions of Blitz up and running, we quickly began to dig a little deeper to see what we could include to help separate the good teams from the best teams. Team takedowns are a way to earn bonus points by working together to wreck an enemy player. The more players working together on this, the more you score. Communication can be a great way to plan this kind of an attack, but you can also keep things simple and follow your teammates around the arena. If you see them deploy a breaker or charge a specific vehicle, you can sweep in with an assist for a team takedown.

On the opposite side, the vengeance system is a great way to earn bonus points as you react to one of your teammates being wrecked or KO’d. After this happens to any player, their team gets 30 seconds to get a vengeance wreck or KO on the attacker and earn some bonus points for their team. Keep a close eye on the kill feed and on the display to know which players you should be targeting.

Rounds can be won or lost at the character select screen. Picking a lineup of AllStars that work well together can help secure team takedowns with coordinated use of their abilities. For example, if you pick Jian and use their breaker to drop mines around the arena and easily tag several enemy players, a team mate could follow up with Sgt. Rescue’s Hero Vehicle, which has a lot of weight and health, and wreck some of those vehicles for bonus points! You can combine this with your ability energy that carries over between rounds. If your Hero Vehicle is ready, you can pick an AllStar with a Hero Vehicle that hits hard and start strong in the next round. Or, if you’re out of energy, you could pick an AllStar with a strong on-foot breaker to support your teammates. All in all, there’s lots of team compositions to experiment with.

There are unique rewards to earn in Blitz as part of Season One Hotshots. Every week, one of your weekly challenges will ask you to play Blitz and will offer an additional reward, a Blitz-themed skin for an AllStar. We’ve also added two new sponsor challenges for you to complete, each rewarding an avatar and banner set. These challenges are based on winning games of Blitz, so they can be a way to really show off your skills to other players! Alongside these rewards, regular XP and Season Points systems work in Blitz and you can complete some of your daily and weekly challenges in Blitz, just like any other game mode.

Good luck in the Arena

Just to pass on a few hints and tips from our playtests at Lucid… don’t play with Gerard, he’s a great producer but rubbish at Blitz. As for more practical tips… choose your targets carefully to earn bonus score wherever possible, do you really want to deploy your Hero Vehicles ability for that target or is there a revenge wreck you could go for further down the arena? Also, choose the right AllStar for the right round, but this can be a deeply personal choice. Do you pick your favourite AllStar early on to really set the tone for a match or will you save them for a future round? It’s all about matching your picks to your playstyle and finding your rhythm, as well as countering how the enemy teams are playing.

It’s really great to see Blitz going live today in Destruction AllStars! I know lots of the team at Lucid will be watching social media to see how you all get on in its first week as well as jumping in ourselves to get hands on with the community. Hopefully we’ll see loads of communication start to form as players harness this type of teamplay to really capitalise on score. I’m also hoping to see a few epic games where each team wins a round so it takes it to a fifth and final round where it’s all to play for.

This is only the beginning for Blitz as it’s been designed with competitive play and a ranking system in mind. Whilst it’s launching today as an unranked playlist, we’re planning on releasing a ranked mode some time in the future. We’re not quite ready to talk details on that just yet, but you can expect ranks to progress through and exclusive rewards tied to which rank you achieve.

So there you have it. It’s been an exciting challenge for us to bring the first brand new game mode to Destruction AllStars since its launch, but we think we’ve really hit the nail on the head with Blitz in delivering a fast-paced, competitive experience as well as adding in new tactical layers for player skill to really shine! I can’t wait to hear what you all think of the mode, we’ve really enjoyed building it, and I know I speak for the team when saying we look forward to playing along with you guys.

Blitz is now live in Destruction AllStars! We can’t wait to see what you make of our new competitive mode so be sure to tag our Twitter account with your thoughts and feedback.

Oh, and as promised, here’s a selection of our favourite Photo Mode pics so far: 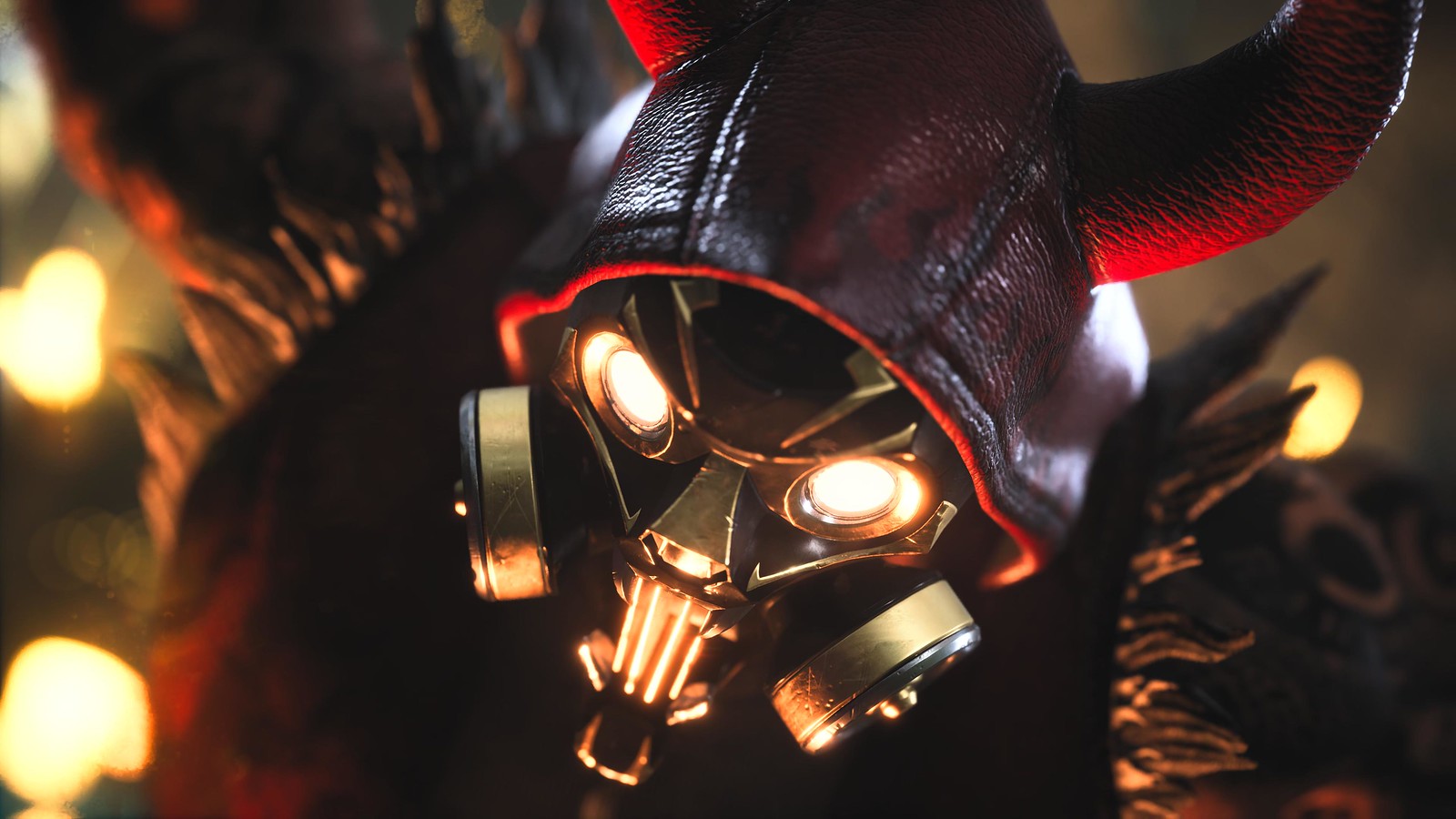 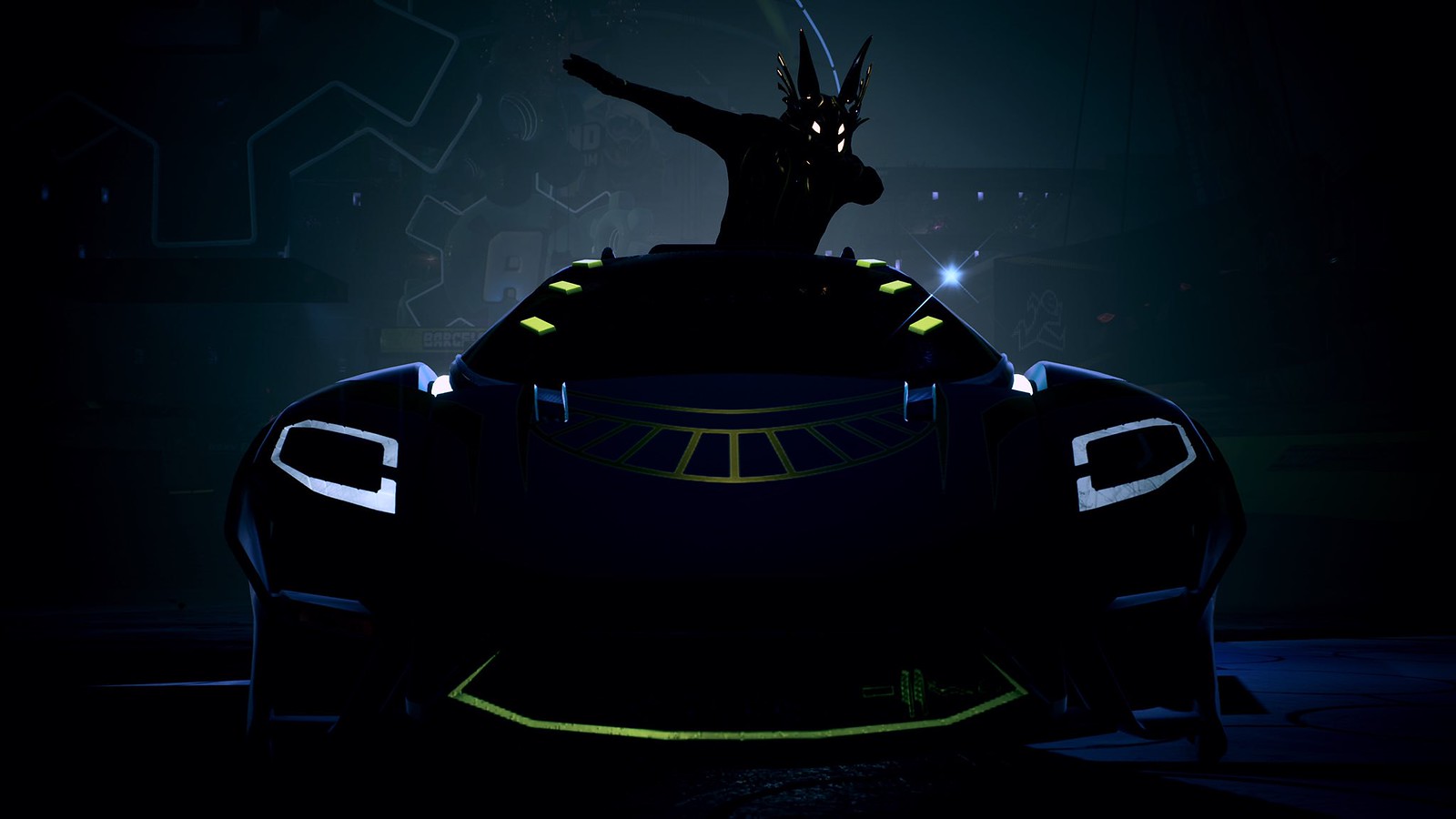 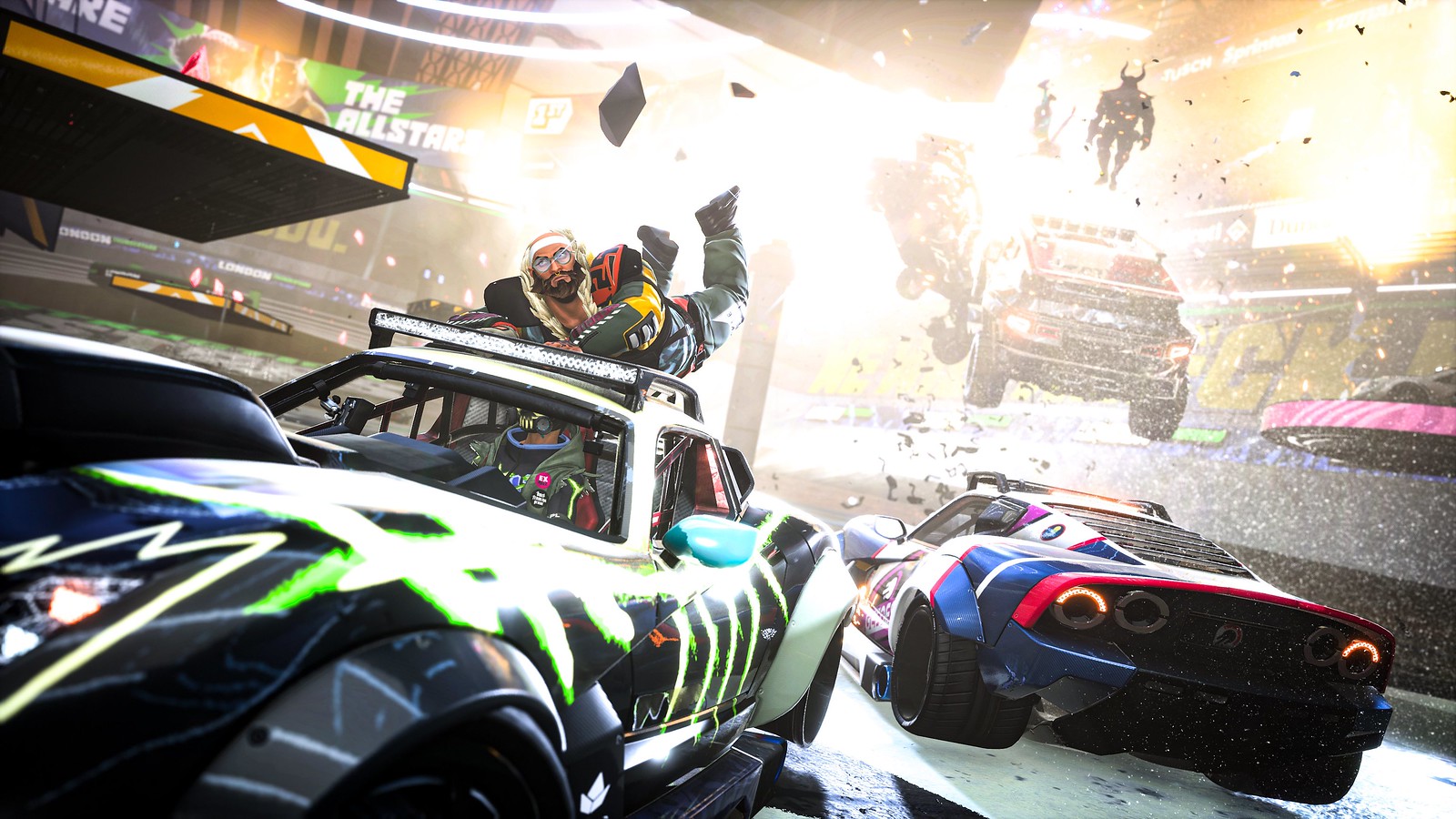 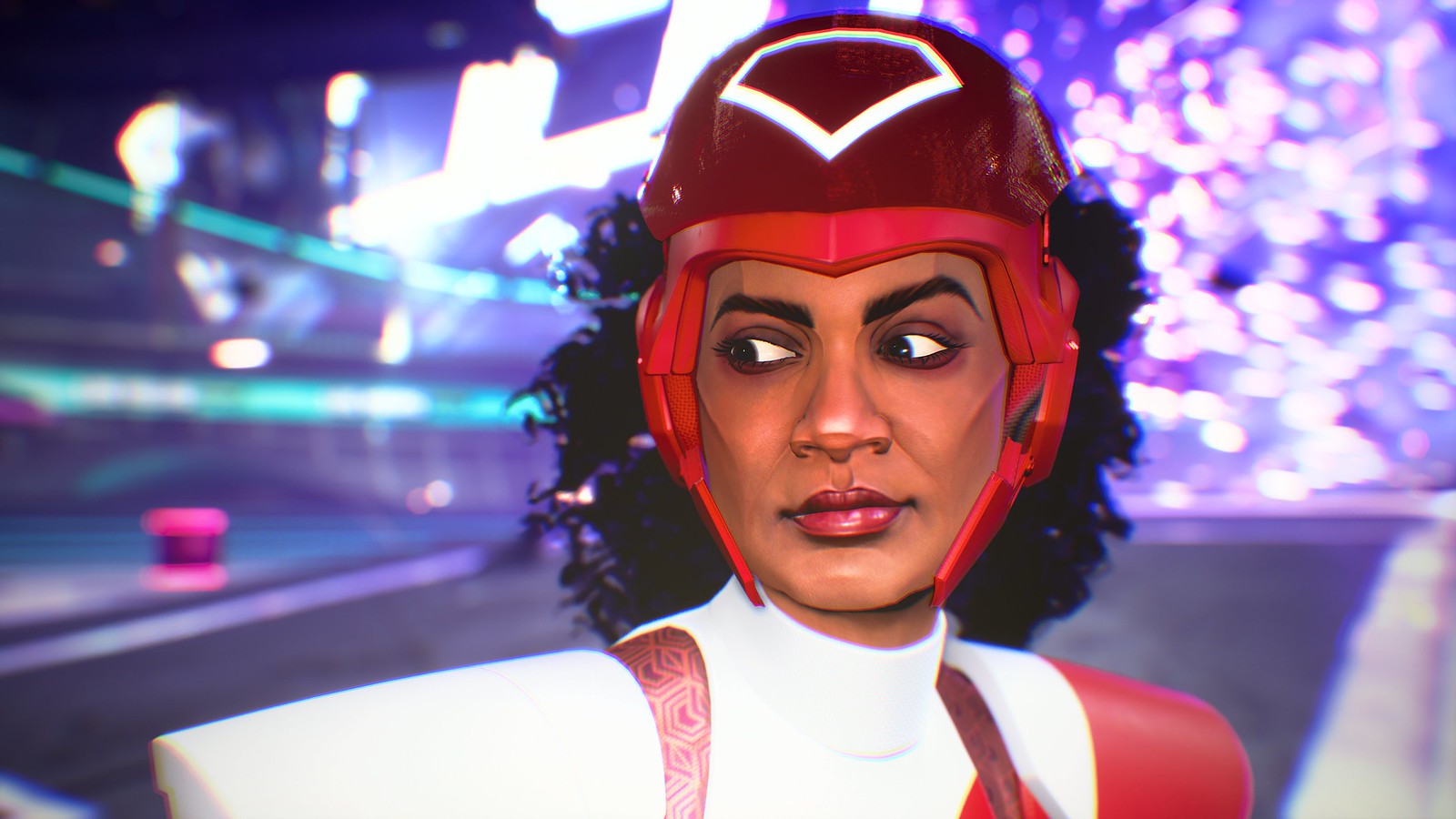