We’re thrilled to invite you all back to the mystical Island of Teer Fradee with three exciting announcements!

Today, GreedFall is now Optimized for Xbox Series X|S, bringing 4K UHD resolution, fast loading times, and enhanced performance. On top of this, The De Vespe Conspiracy expansion is also available! For newcomers, this new story expansion comes bundled in the GreedFall Gold Edition along with the base game.

The De Vespe Conspiracy is a new adventure accessible about halfway through the game, bringing you the full range of qualities that define GreedFall: exploration, intrigue, fantasy, memorable stories and characters, and engaging combat.

In this article, I’ll introduce you to the unique new abilities and tricks available to our new enemies and monsters, and maybe even give you all a sneaky heads up on how to avoid getting unexpectedly stabbed in the back by the Spadassins, a new faction of guards led by Aurélia de Vespe, the leading figure of the expansion.

The Spadassins are leather-clad swashbucklers that aren’t too proud to coat their blades in poison, to protect their leader, Aurélia de Vespe. These unscrupulous fighters surprise their opponents by combining smoke screens and short distance teleports. And even when you think you’re out of their reach, their skill at throwing flasks of poison will dispel that notion. When you see one disappear in a cloud of smoke, be quick to ready your parry or increase the distance between you and them. The Spadassins aren’t the only enemy that utilizes the element of surprise.

As part of the expansion, we’ve revealed a now-uninhabited lava-marked coastal region for you to explore, known to the island’s local population as Aidág ol Creidaw, meaning The Flaming Blood. Here, you’ll come across the Egsregatt. Fierce and wily, these felines use the explosive power of its hind legs to catch prey unaware, then cut it down with claws and fangs. The curious mix of the beast’s features makes the Egsregatt master ambushers, so keep a wary eye on likely hiding spots, keeping in mind that the Egsregatt are strong climbers…

Often hunting in packs, you’ll need to adapt your playstyle to escape them alive, making use of traps and stasis to slow their onslaught and counter their feints, dodges, and sudden pounces. Thanks to Teer Fradee’s rich variety of wilderness, several subspecies have emerged from the Egsregatt. We leave it up to you to learn their individual strengths and weaknesses.

We can’t wait for you to experience this new journey we’ve prepared for you, whether you set sail to Teer Fradee for the first time or delve into its new secrets as a seasoned explorer.

Play GreedFall today on Xbox Series X|S to experience the game in its most beautiful state yet with 4K UHD resolution, fast loading, and enhanced performance. Greedfall also supports Smart Delivery, meaning you can update to the Optimized for Xbox Series X|S version for free and migrate your saved progress if you already own the Xbox One version. For newcomers, GreedFall: Gold Edition includes the base game and The De Vespe Conspiracy expansion, available today! 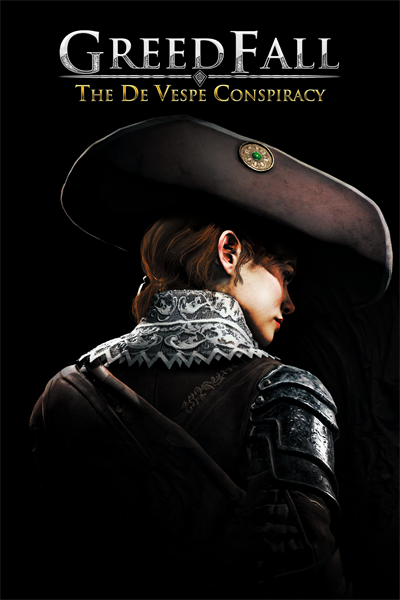 ☆☆☆☆☆
4
★★★★★
$6.99
Get it now
Expand GreedFall’s RPG adventure with The de Vespe Conspiracy expansion, and discover a brand-new storyline on the island of Teer Fradee.

Navigate a web of intrigue, manipulation and secrets, as you unravel a nefarious conspiracy that threatens the balance of power. Explore a previously-undiscovered region of the island, battle strange new beasts and face off against a villainous new enemy faction in your hunt to uncover the truth.

This expansion brings a new region, enemy types, costumes, weapons and contracts, with a twisting narrative that expands on GreedFall’s acclaimed story. 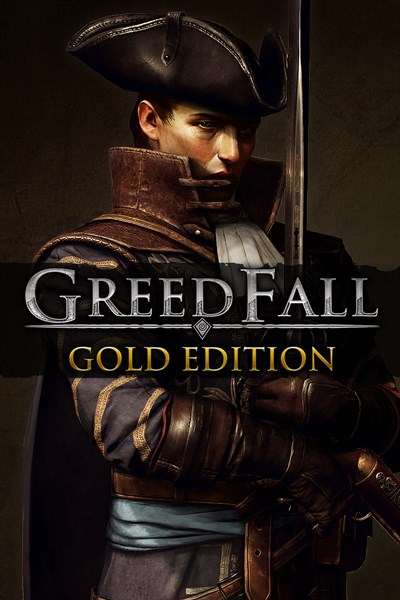 ☆☆☆☆☆
112
★★★★★
$39.99
Get it now
GreedFall’s Gold Edition is the most complete way to experience the critically-acclaimed RPG, including the base game and The de Vespe Conspiracy story expansion. Explore uncharted new lands as you set foot on a remote island seeping with magic, and filled with riches, lost secrets, and fantastic creatures.

Forge this new world’s destiny, as you befriend or betray companions and entire factions. With diplomacy, deception and force, become part of a living, evolving world – influence its course and shape your story.

• Engage in a core RPG experience – achieve quests and complete objectives in a multitude of different ways: combat, diplomacy, deception, or stealth.
• Complete freedom in character progression – play as a male or female, customize your appearance, and freely choose your abilities, spells and skills.
• Delve into a mysterious world of magic – begin a grand journey and uncover ancient secrets protected by supernatural beings, manifestations of the island’s earthly magic.